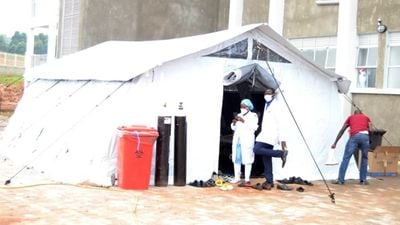 Ugandan health officials revealed that the death toll in Uganda resulting from the Ebola Sudan strain has reached 23.

Emmanuel Ainebyoona, the senior communications officer, said the latest situation report indicated that as of Monday the country has a cumulative 36 cases of Ebola, 18 of which are confirmed and the other 18 are probable.

“The deaths stand at 23, five confirmed and 18 are probable. In the last 24 hours, we registered two new cases and two more deaths,” he said.

The Ebola taskforce officials in Mubende District, the epicentre of the outbreak, revealed that five out of the deaths have occurred at Mubende Regional Referral Hospital where they have set up an isolation centre, while the other cases were registered from the community.

Ms Rose Mary Byabasaija, the Resident District Commissioner (RDC) and head of the area Ebola taskforce, on Monday said that while the number of admissions at both the emergency and isolation facilities stands at 38, the confirmed cases are 16.

“It is unfortunate that we have a positive case among the seven people that escaped from the isolation facility at Mubende Hospital. We have now got clues that will possibly help us get the woman that escaped from the facility. Both the security and health surveillance teams are tracking down the escapees,” she added.