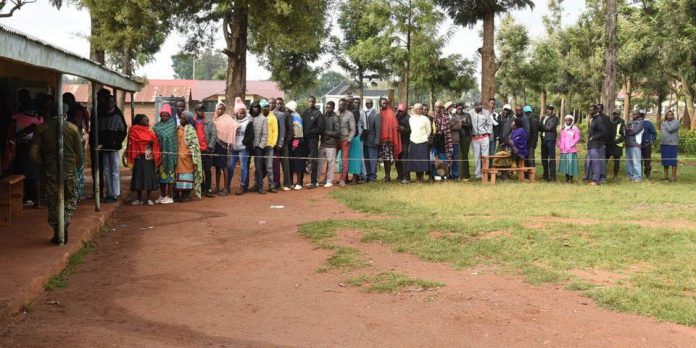 In a bid to ensure that the East African trade corridor is not disrupted, the Ugandan government has urged Kenyans to respect the principles of the common market protocol and maintain peace during the election.

The Deputy Prime Minister, Ms Rebecca Kadaga, noted that peace must be maintained to allow free movement of the people and goods as required by the protocol.

“The common market protocol calls for freedom of movement of capital, goods, services and people. We appeal to the people of Kenya to maintain peace so that the movement within the trade corridor is not disrupted.”

The East Africa Community partner states entered into a Common Market Protocol (CMP) in November 2009 to widen and deepen cooperation in the economic and social fields among the partner states.

This was achieved through removal of restrictions on the movement of goods, persons, labour, services and capital, and the rights of establishment and residence.

Ms Kadaga, who is also the Minister for the East African Community Affairs, said promoting peaceful elections in Kenya was emphasised during the EAC Council of Ministers meeting.

Kenya held its general elections yesterday, where they elected their president, members of the National Assembly and Senate, county governors of Kenya and members of the 47 county assemblies.

Meanwhile, it should be recalled that the impact of the 2007 Kenyan election, that was marred with violence, halted business in the East African region, with a number of Ugandans losing their merchandise.