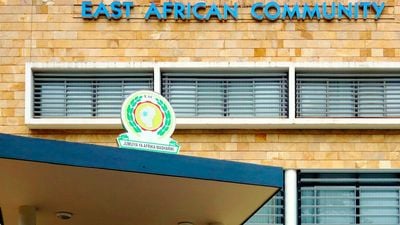 The implementation of East African Community’s programmes is increasingly being hindered by funding gaps as some of the member states struggle to remit their statutory subscription fees.

An Audit Commission report prepared by the East African Legislative Assembly (EALA) for the year ended June 30, 2021 indicated that the bloc continues to grapple with various challenges blamed on poor funding due to delayed or non-remittance of funds by partner states.

Suzan Nakawuki, an EALA member from Uganda, said the situation has persisted the past decade, blaming it on lack of political will and general lack of resources among member states to finance their integration goals.

“I joined EALA in 2012, and now, 10 years down the road, the community is still grappling with the issue of funding. The Council (of Ministers) should address this matter once and for all… This is urgent,” she started.

The EAC budget is mainly funded through member states’ contributions and development partners support. According to the audit report, the activities of the community during the 2020/21 financial year were funded by a budgetary appropriation of $99.74 million, compared with $119.14 million in 2019/2020 — a decline of $19.4 million.

South Sudan remains the biggest defaulter of remittances to the community, with arrears of $22 million, followed by Burundi at $5 million in arrears.

With the delay of partner states to remit their contributions to the EAC, development partners’ contribution continued to decline too, from $27.36 million in 2015/2016 to $16.29 million in 2020/2021 representing a 40.5 percent decrease in funding.

Invitational Tournament: It Is An Opportunity For Us To Learn About...

Rivers is one of safest states in Nigeria, Nyesom Wike asserts