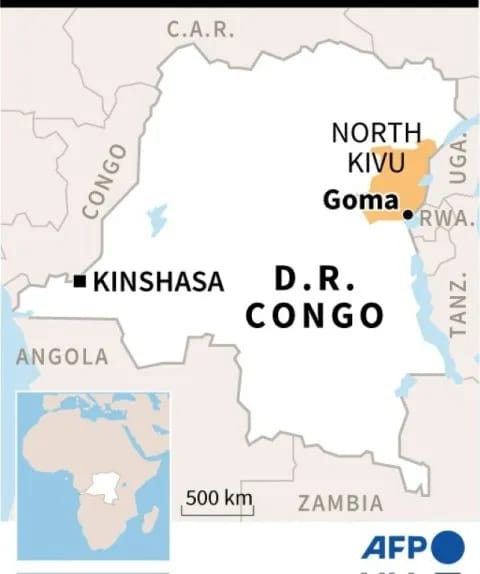 Following a period of relative calm, fresh clashes have broken out between the army and M23 rebels in eastern DR Congo.

A mostly Congolese Tutsi group, the M23 resumed fighting late 2021 after lying dormant for years. It has since captured swathes of territory in North Kivu province, including the strategic town of Bunagana on the Ugandan border in June.

The resurgence of the group has destabilised regional relations in central Africa, with the Democratic Republic of Congo accusing its smaller neighbour Rwanda of backing the militia.

The frontline between Congolese troops and M23 rebels had been calm in recent weeks. But clashes erupted again on Thursday.

On Sunday, army officials and residents said that M23 fighters had captured the village of Ntamugenga, a strategic target that lies close to the highway leading north out of provincial capital Goma.

“The situation is gloomy here,” said village chief Celestin Nyamugira, explaining that M23 fighters had erected a barrier at the entrance to the settlement. “They came from the forest and infiltrated the city.”

The official death toll from the latest clashes remains unclear. Kivu Security Tracker disclosed that at least two civilians had been killed and a dozen wounded in recent clashes.

On Sunday, the head of Ntamugenga hospital Jonh Sebatware said that five soldiers and one civilian had been killed, with 33 people wounded.

Who Let the Underdogs Out? Arab and African Teams in the...