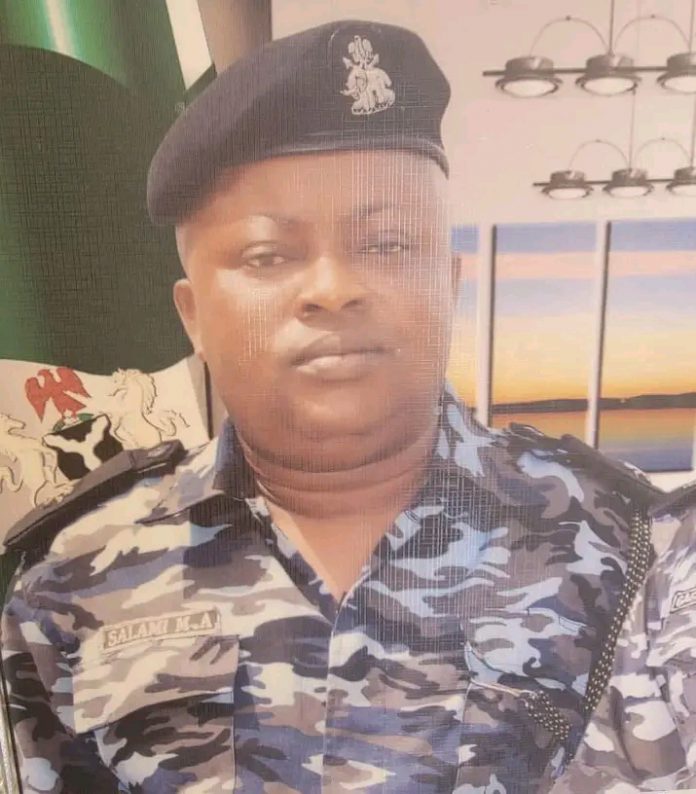 SP Mojeed Salami, the Divisional Police Officer (DPO) of Seme Police Division in Lagos State, has passed away after he slumped in his office on Tuesday, January 10.

It was gathered that the deceased had complained of headache on the said day and had visited the hospital.

According to sources disclosed the DPO returned to his office a few hours later and resumed work, but that hours later he called his orderly and complained that he was feeling somehow.

According to the source, “He asked his orderly to call the Divisional Crime Officer (DCO). I think he wanted to hand over to the DCO. The orderly met him on the floor gasping for breath. He was rushed to the Badagry General Hospital where he was confirmed dead.”

Confirming his death, the Lagos police spokesman, Benjamin Hundeyin, said, “He died on Tuesday. It was shocking to everybody because there was nothing serious about his health. They said he just complained about a minor headache, went to the hospital, came back, commenced work and di£d shortly afterward.”

Cirque du Soleil’s OVO is Coming to Egypt for the First...

Raila’s tough call: Why Ruto must go, but will he succeed