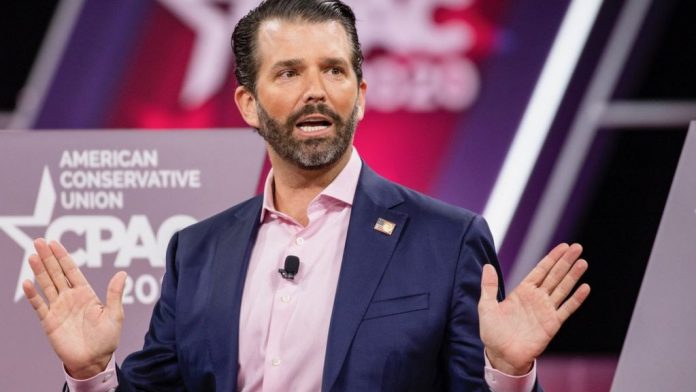 The eldest son of  American President, Donald Trump Jr., has tested positive for the coronavirus.

The spokesperson has confirmed that the incident happened on Friday night, November 20.

“Don tested positive at the start of the week and has been quarantining out at his cabin since the result. He’s been completely asymptomatic so far and is following all medically recommended COVID-19 guidelines,” Trump Jr.’s spokesperson said.

Trump Jr. has been isolating and has no symptoms, the spokesperson told the AP.

He has added to the number of persons associated with the President who has tested positive for COVID-19.

Rudy Giuliani’s son Andrew Giuliani, who is a White House aide, had previously announced on Twitter he had tested positive.

According to a report from CNN, Trump Jr.’s girlfriend, Kimberly Guilfoyle, also tested positive for COVID-19 over the summer while the couple campaigned for the President.

The network also reported that the two Republican senators, Rick Scott of Florida and Chuck Grassley of Iowa, have announced in the last few days that they tested positive.

According to CNN, Twenty-six House members and 10 senators have so far tested positive or have been presumed positive since the beginning of the pandemic.

Censure motion: We didn’t make any findings against Ofori-Atta – KT...

Presidency dismisses Report of a Fire Outbreak at the Presidential Villa