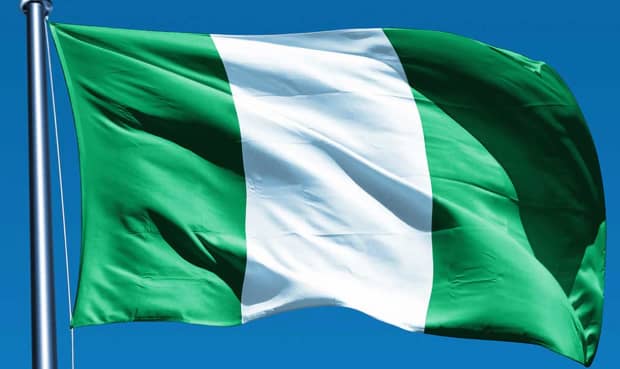 Recently Nigerian leaders and other democratic actors in the country have been on a binge of festivity; celebrating democracy in the country. From May 29 when many governors took time out to give an account of their years of stewardship to Sunday, June 12 when the federal government rolled out the drums to celebrate the new  Democracy Day in Nigeria, our nation’s public sphere has been obsessed with commentaries about the valiancy of democracy and the sacrifices of the different actors in time past and present.

Without a doubt,  democratic rule was not an easy wish. It was not a buffet served on a dinner table to citizens and other democratic enthusiasts. Democracy was birthed from the streets of rugged struggle; a struggle that had some casualties, heroes and villains. Democracy was a product of agitations and negotiations by different stakeholders. Here lies the vault of great expectations; that democracy will be properly nurtured, cherished and yield good fortunes to the citizens.

23 years ago,  democracy was a thing hoped for; a prayer point to many, who believed that democracy was the promised land- a system of many possibilities, an oasis where the basic rights of citizens will flourish and dreams and aspirations will be realised.

23 years later, democracy is losing its meaning, its value and essence in the lives of the citizens. Beyond the refrain of democracy being the government of the people by the people and for the people, the real meaning of democracy is lost in the multiple conflicts and social contradictions in the nation. Almost all the intrinsic promises of democracies have either been betrayed by different actors and the values of a democratic reign have been discarded. The promises of liberty, justice and peace have been betrayed.

The virtues that define a democratic state are eroding – freedom of expression is daily curtailed, freedom of thought, conscience and religion are being challenged by non-state actors, while the civic space is shrinking on a daily basis even as the state is busy in pursuit to capture institutions to their advantage.

The ballot is losing its potency in every electioneering cycle, votes are traded to the highest bidder, our democracy is commercialized, legitimacy is manipulated, accountability and good governance are trivialized, and social justice is ostracized.

Today, the sovereignty of the Nigerian state is contested with non-state actors – those without the mandate to govern- now superintending over a  large expanse of the Nigerian territories,  imprisoning citizens and executing punishment, and judgement on innocent citizens in different guises through different terror tactics and strategies.  They kidnapped, kill and rape and impose levies on citizens in different parts of the country. They move daily from state to state like roaring lions devouring the destinies of many and taking others to slavery and servitude. Government to which the people willed their sovereignty through the ballot decides to share its legitimacy with these non-state actors through indiscretion, inaction and dereliction of responsibilities.

In Nigeria, democracy has not been able to address the challenges of the citizens. Civilian rule in all these years has failed to guarantee the two basic democratic rights – freedom from fears and wants. Nigeria is at a crossroads; it is captured by human miseries and characterized by sallow marks such as hunger, poverty, conflicts and underdevelopment.  Nigeria is fallow ground for extremists – who cling to different frustration to undermine the State, thereby exposing the country to wanton fragilities.

“The deluge of socio-economic and political upheavals in the Nigerian polity currently portrays a very bad omen for peace, progress and continuity of the country. For an entity with so much potential, the wasting of assets, both human and material, in the past few years has been monumental even to the uncaring. In totality, the ruling political elite at all levels of government has run the country almost aground such that hope for redemption is dim; and, unless some drastic action is initiated, not only will it be difficult for the country to survive eventually, her downfall can be slow, steady and painful. The handwriting is on the wall, and the dastardly results are playing out. Surely, the state of the Nigerian nation calls for a change of direction to avert a looming doom.”

The Paper drawing the attention of all stakeholders to the near-collapse of the Nigerian state warned of the danger of the sustenance of the present governance culture of democratic betrayal, abscondment and dereliction of responsibilities by leaders.

It posited that: “Today, the country is hell-hole describable by the absence of government in the national space and negative sovereignty; it is a country living a lie. It might not be so lucky this time around. It is the time to act, and to act quickly to rescue it from the brink of disintegration.”

As Larry Jay Diamond, aptly observed in his article “Three Paradoxes of Democracy,”  founding and preserving democracy are two different things. For democracy to endure, he argues that  it  must be deemed legitimate by the people and  “..this legitimacy requires a profound moral commitment and emotional allegiance, but these develop only over time, and partly as a result of effective performance.”

Democracy he asserts will not be valued by the people “unless it deals effectively with social and economic problems and achieves a modicum of order and justice.”

Here lies the challenge of Nigeria’s democracy and the recession of the country into a failed state.

The point must be stressed that the fault does not lie in democracy as a form of government but on the actors – coy democrats who are too shy to live and act according to the dictates of democracy.

To improve Nigeria’s democracy and make it work for the common good of all citizens, leaders and all democratic actors must incentivize the social and economic rights of citizens. This is the most sustainable way to reinforce the waning legitimacy of the Nigerian State.

Legitimacy is not an end in itself- it doesn’t start and end with the electoral mandate.  Legitimacy is enhanced through shoring up public trust; trust is reinforced through the fulfilment of democratic promises and commitment to the social contract between the government and the citizens.

Ominabo is the Communications officer at the Goodluck Jonathan Foundation