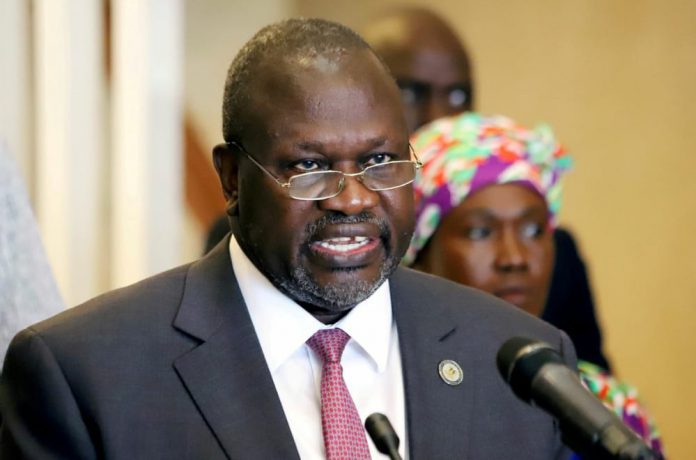 South Sudan peace deal is at risk as infighting tears at the shaky coalition governing the world’s youngest nation.

According to officials, clashes within one faction in the national unity government may have left as many as several dozen people dead. The flare-up of violence inflamed long-simmering divisions and raised concerns about the future of the tenuous peace agreement signed three years ago by rival ethnic factions led by the country’s president and vice president.

The fighting erupted early Saturday between rival forces within the military wing of Vice President Riek Machar’s party, the Sudan People’s Liberation Movement in Opposition. The clashes came just days after Machar’s rivals said they had deposed him as leader of the party and its military forces, part of the fragile alliance that rules the country, and appointed First Lt. Gen. Simon Gatwech Dual as interim leader.

Forces loyal to Machar “repulsed the aggressors,” who support Dual, during the fighting in the Upper Nile region in the country’s northeast, according to Col. Lam Paul Gabriel, the military spokesman for Machar’s party.

Each side claimed they killed more than two dozen fighters from the rival faction, but there was no independent verification of either side’s claims.

On Monday, concerned about the violent confrontations, the Intergovernmental Authority on Development, a regional security and trade bloc that includes Ethiopia, Sudan and Kenya, called for an extraordinary meeting to discuss the escalating situation.

The clashes come a decade after the landlocked nation gained independence from neighbouring Sudan – a moment that many hoped would end decades of bloody conflict.

After almost five years of civil war, the country’s feuding leaders reached an agreement in 2018 and last year they agreed to form a unity government. Machar, who had fled the country, was sworn in again as vice president and he and Kiir promised to build a government that would uphold peace and deal with the country’s major challenges.

But the uneasy alliance has yet to alleviate the country’s biggest economic and political problems.

These tensions threaten to pose a serious hurdle as elections loom in the next year or two – authorities postponed the 2022 elections but are yet to commit to a new timeline – and could lead to renewed violence.

According to Alan Boswell, a senior analyst for South Sudan at the International Crisis Group, “There is still no sign of a broader reset in South Sudanese politics,” Boswell said. “Instead, the divisions just keep mounting.”