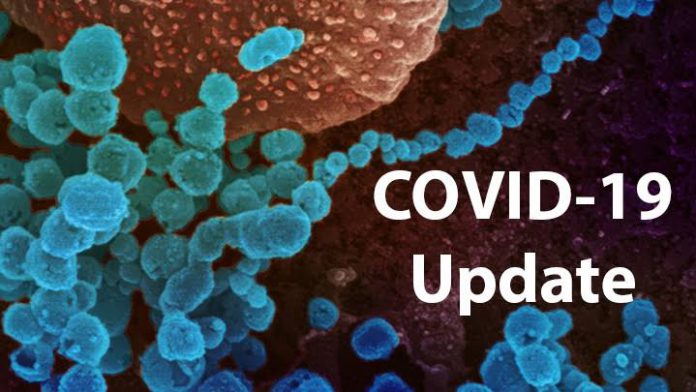 The third wave of the coronavirus pandemic has continued to ravage in Nigeria as the country on Wednesday night recorded four new deaths and 747 cases, makint this the highest daily infection figure in almost six months. The last time the country confirmed cases above 747 was on February 18 when 877 cases were recorded.

The new infection figure has raised Nigeria’s total infection number to 176,011 while the fatality toll now stands at 2,167, according to the Nigeria Centre for Disease Control (NCDC).

A breakdown of the NCDC data revealed that about a third of the daily infections in Nigeria on Wednesday was recorded in Lagos. The city, as the disease’ epicentre, reported 488 cases, while Akwa Ibom followed with 121 cases, and Oyo State ranked third with 29 cases. The NCDC added that Nigeria has tested over 2.5 million samples out of its estimated 200 million population.

With active cases in Nigeria jumping to 8,626, hospitals across the country will further be put under severe pressure as the ongoing strike by the National Association of Resident Doctors (NARD) lingers. The doctors strike began on Monday and its consequences are already taking a toll on Nigerians.

Meanwhile, despite repeated denials by officials of the National Youth Service Corps (NYSC), no fewer than 35 corps members serving in Ogun State have tested positive for COVID-19.

The state’s Commissioner for Health, Dr Tomi Coker, disclosed this yesterday while briefing newsmen in Abeokuta on the surge of the third wave in the state.

The Commissioner said some of the corps members are currently receiving treatment at isolation centres, while others are on home management. She expressed worry that Ogun has continued to record a rise in cases since the beginning of August, with at least seven to 16 cases per day.

The Commissioner also lamented that only a small fraction of the state’s population had been vaccinated. She urged citizens to embrace vaccination, saying: “Our observation so far is that all mortalities are in the unvaccinated.”

Also, 18 corps members have tested positive to COVID-19 in Niger State, and have already been placed on isolation. This was disclosed yesterday by the Commissioner for Information and Strategy, Mohammed Sani Idris, in Minna. Idris explained that the 18 corps members were among those that reported for orientation camp in the state.

The latest surge in both deaths and infections, as well as the ongoing doctors’ strike, are of particular concern to health experts and government officials, who plead with Nigerians to observe all necessary non-pharmaceutical protocols, with a particular appeal to Nigerians not to allow fatigue to set in.

The Commissioner for Information and Strategy in Lagos State, Gbenga Omotosho, yesterday appealed to residents of the state to be cautious in their conduct.

According to Omotosho, the state, which is Nigeria’s coronavirus epicentre, is under intense pressure over the new wave of infections, and “the people cannot afford to give in at this time.”

He said apart from the pressure on the state’s finances, the increasing fatality is avoidable if people cooperate with the government by observing the required protocols.

“We understand people can be tired. Everyone is. But we cannot afford to give in. We must fight it the same way we fought the first two rounds. Escalation of the current wave will not be in anybody’s interest. So we must take responsibility for our actions.”

I was never invited nor arrested by DSS, says Gumi