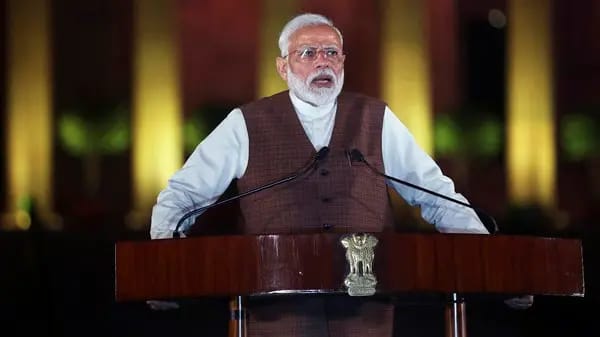 The Prime Minister of India, Narendra Modi said during the virtual UN General Assembly on Saturday, September 26, that the vaccine capacity of the country will help humanity.

Modi said, “As the largest vaccine producing country of the world… India’s vaccine production and delivery capacity will be used to help all humanity in fighting this crisis.”

“India will also help all the countries in enhancing their cold chain and storage capacities for the delivery of the vaccines,” he affirmed.

The Australian Prime Minister Scott Morrison had earlier insisted in his speech to the UN on Friday that any nation that develops a COVID-19 vaccine should share it universally.

Modi restated India’s calls for reform of the United Nations and for the world’s second-most populous country to be given more influence in the global body.

“Over the last eight to nine months, the whole world has been battling the pandemic of the coronavirus. Where is the United Nations in this joint fight against the pandemic? Where is its effective response?” Modi said.

India’s 1.3 billion people “have been waiting for a long time for the process for the reforms of the United Nations to get completed,” Modi explained.

“Today, people of India are concerned whether this reform process will ever reach its logical conclusion. For how long will India be kept out of the decision-making structures of the United Nations?”

Meanwhile, it was gathered that India together with Norway, Ireland and Mexico will become a non-permanent member of the UN Security Council for a two-year term beginning on January 1, 2021.

Feminism led to increase in domestic violence in marriages – Pete...