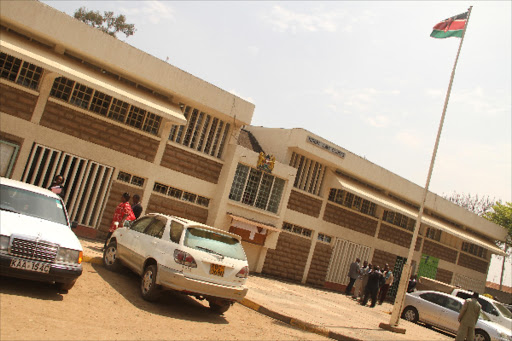 A woman who conspired with her boyfriend to drug and defile an 11-year-old girl was imprisoned on Monday for 10 years by a Kibera court.

MA was convicted by Kibera chief magistrate, Joyce Gandani after the prosecution proved the case against her.

The convict committed the offence on May 19, 2019 at Kibera Silanga area, Nairobi county.

She also faced a second count of gang-defiling the girl on the same date and time with another person who was not before court.

Her boyfriend was never arrested and she battled it in court alone. The court was told that the girl got pregnant as a results of the defilement.

The girl testified that she had gone to school and while coming back home she met the accused person who called her and offered her a “deal” .

“She used to stay with us in the same plot but later moved elsewhere. She called me while I was heading home from school and when I reached where she was, she greeted me and told me that I accompany her to some place the following day,” she told court.

The girl said the woman told her that she had organised something for her in Kitengela. “She told me that I go to her house the following day before we go there,” she told the court.

She went to the woman’s house and found her with a man. While in the house, the accused person served her tea and after she took it she felt weak and became unconscious.

“When I woke up at around 8pm, I found myself without my inner clothes and on top of her bed. I felt pain on my thighs and I was wet everywhere,” she said.

She later reported the matter to her mother and the woman was arrested.

Her mother, a state doctor and the investigating officer also testified in the case and confirmed that the incident occurred.

“The prosecution proved its case and I have considered your mitigation. I therefore convict you to three years in jail in the first count and seven years in jail for the second count. You have 14 days to appeal,” ruled Gandani.

8 Feared Dead in Stampede for Christmas Palliative in Port Harcourt