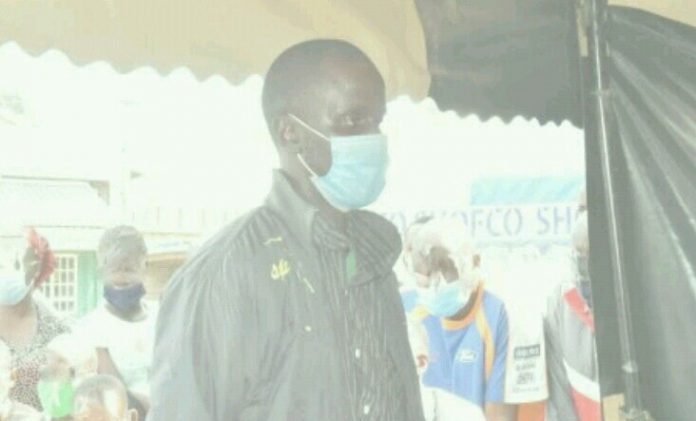 The senior resident magistrate, Charles Mwaniki of Kibera law courts sentenced a Kenyan man identified as David Oduor to three imprisonment for insulting and threatening to beat his mother.

It was reported that David Oduor was found guilty of causing a disturbance in a manner likely to cause a breach of peace.

He was handed the penalties after he pleaded guilty to the charges.

Court heard that Oduor caused chaos at Gaudensia Oduor’s home in Langata estate between June 18 and 20.

The court heard Oduor banged his mother’s door and threatened to beat her. This forced her to take cover inside her bedroom.

He repeated the same thing the following day and went into the kitchen to cook after his mother locked herself in her bedroom. She reported him to the police.

Oduor left food cooking in the kitchen causing a burn-dry that made his mother’s house and neighbours’ soot filled. Her mother sneaked from her hiding to switch off the gas.

On June 20, he brought his drinking buddies to his mother’s house and they started making noise but she kept quiet in fear.

Police investigations established that she had made similar complaints against her son last year.

Through an advocate, he informed the court that he had settled the matter and reconciled with his mother, and was remorseful.

Biden, Macron Pledge To Support Ukraine’s Fight ‘As Long As It...

Expenditure cuts in 2023 budget just a recycle of broken promises...

Body of a Teenage Girl allegedly found in Kwara River