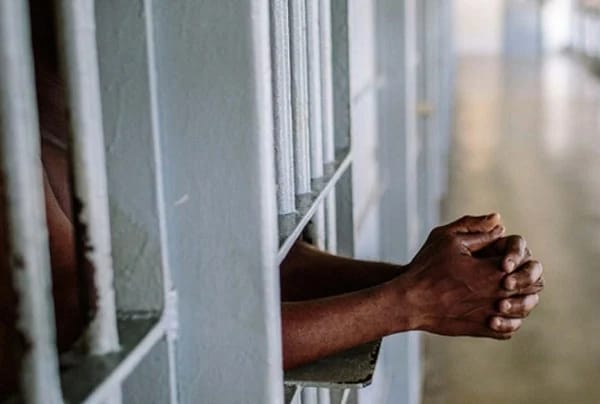 A man and his wife have reportedly been arrested by the Operatives of the Anti-Human Trafficking Unit of the Nigeria Security and Civil Defence Corps, Akwa Ibom State Command, for attempting to sell their daughters aged six and four.

The suspect identified as Elisha Effiong alongside his wife were apprehended in Uyo on November 15 after reports got to the agency that the couple were trying to sell their daughters, Edet and Rachael Edet for the sum of N700,000

According to Umana Ukeme, the public relations officer of the command, the couple stated that the reason for their decision to sell their children was because of the hardship in the country.

“The suspect, Elisha Edet Effiong, ‘M’ was apprehended with his two children identified as Abasifreke Edet, 6, and Rachel Edet, 4, while attempting to sell them for M700, 000 in Uyo, Akwa Ibom State.

“Effiong, 40 years was apprehended at FulCare Hospital along Ekpanya Street, where he notified the security guard of his intention to sell his two children to pay off his debt and meet other financial challenges.

“The security guard notified the NSCDC and immediately, Commandant Abidemi Majekodunmi detailed personnel of the anti-human trafficking unit of the corps who swung into action and apprehended the suspect alongside with his two daughters.”

‘Japa’ Syndrome Not Peculiar Or New To Nigeria, Says Presidency

Malawi to permit Hijabs in all Schools