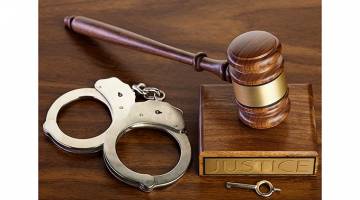 A couple identified as Okunade and Mariam Ashifat, have been placed on trial before an Osun State Magistrate’s Court sitting in Osogbo for allegedly cutting off the head and hand of a corpse.

John Idoko, the police prosecutor disclosed that the defendants had been previously arraigned in March 2020.

According to the new charges filed on Friday, the couple was accused of conspiracy and cutting off the head and hand of a corpse in the Dagbolu area of Ifon, Osun State.

“That the two accused persons and others now at large on March 21, 2020, around 1 pm at Dagbolu area, Ifon, conspired to commit a misdemeanor and improperly or indecently interfered with the corpse of one Rasheed Tiamiyu, and cut his head and hand,” the charges read in part.

Idoko stated that the offenses were defilement to and punishable under Section 242 of the Criminal Code Cap. 34 Vol. II Laws of Osun State of Nigeria 2002.

The defendants pleaded not guilty to the two counts.

Yemisi Akintajuwa, who served as the defense counsel applied that her clients be allowed to continue to enjoy their freedom having been previously admitted to bail by the court.

The magistrate, Dr. Olusegun Ayilara granted the application and adjourned the case till Friday, January 8, 2021, for hearing.

Meet the new HUAWEI nova 9; The latest and most stunning...

Day-old Baby reportedly found in a Well in Kano

My husband beats me, says I eat too much – Wife...