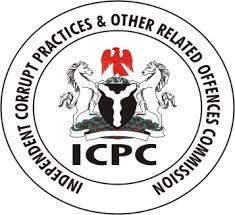 The Independent Corrupt Practices and Other Related Offences Commission has stated that the high level of corruption in the country has closed opportunities for many young Nigerians in the country.

This was revealed during the presentation of plaques to the runners-up in the ICPC 20th anniversary national essay and music competition in Abuja on Wednesday, November 4.

A board member of the commission, Dauda Yahaya, affirmed that the anti-graft agency would equally continue to recognize and reward talents in the country.

The ICPC Chairman, Prof Bolaji Owasanoye in his address said that the essay and music competition was meant to “reduce corruption by inculcating sound moral values in young Nigerians to grow up as good citizens.”

He emphasized that the competition was also expected to motivate public officials to develop zero tolerance for graft and encourage them to imbibe honesty and hard work “rather than collecting bribes and cutting corners.”

Owasanoye, who was represented by an ICPC board member, Abdulahi Maikano, stated that the overall best winners of the competition, Malam Hamza Buwai, 54, of the National Boundary Commission and SP Francis Erhabor, 48, the Divisional Police Officer, ‘D’ Division, Itam, Uyo, Akwa Ibom State, had earlier been honoured by the President, Major General Muhammadu Buhari (retd.), at the Presidential Villa, Abuja, on September 28.

He further said, “The two men won the Public Service Integrity award for turning down bribes and frustrating efforts by unscrupulous elements in the public service to siphon public funds, thereby preventing the perpetration of the havoc that could affect the economy and the society negatively.”

Schools closed from tomorrow until after elections