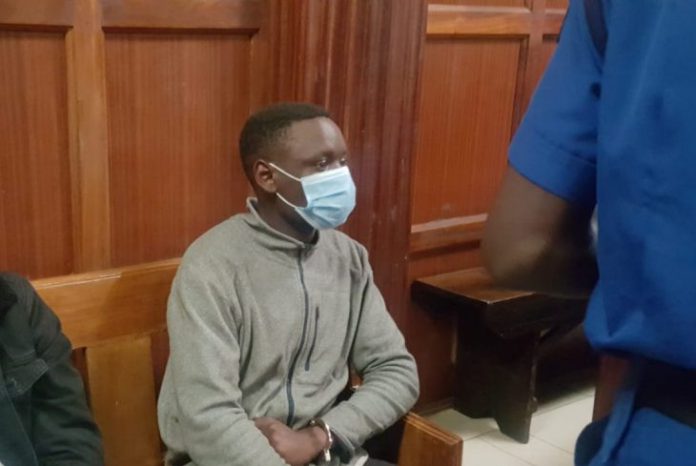 A 20-year-old Kenyan college student has been charged with introducing a 14-year-old boy to homosexuality during the 10-day school holiday.

Humprey Adamba, a veterinary student, is alleged to have committed the offence on October 11, 2021 at Vetlab in Kabete, Nairobi county.

Adamba is said to have shared, through WhatsApp message, with the minor, photographs of nude men kissing each other. He intended to use- the photos in luring the 14-year-old into a sexual act.

According to a police report tabled in court, the father of the 14-year-old boy gave his son his android phone to do an assignment during the holiday.

“Upon his return to school the father took his phone back and while he was going through the phone WhatsApp chats he bumped into a chat with a contact saved as Humprey which had obscene images,” the report read in part.

The complainant was shocked to see photos of nude men kissing one another, videos of male persons dancing provocatively with inner garments, together with love messages from the accused.

“It hit his father that his minor was being introduced to gayism, he immediately called the father of the accused” the report read.

The father of the accused went to the complainant’s house, where he was informed of his son’s behaviour and was willing to hand him over because he had also noticed some fishy behaviour.

The accused was arrested and taken to Spring Valley police station and upon interrogation, it was established that he did not only send suggestive photos to the minor but also videos of gay sex.

He pleaded not guilty before Nairobi Chief Magistrate Wendy Micheni, and was released on a bond of Ksh200,000 or cashbail of Ksh100,000.