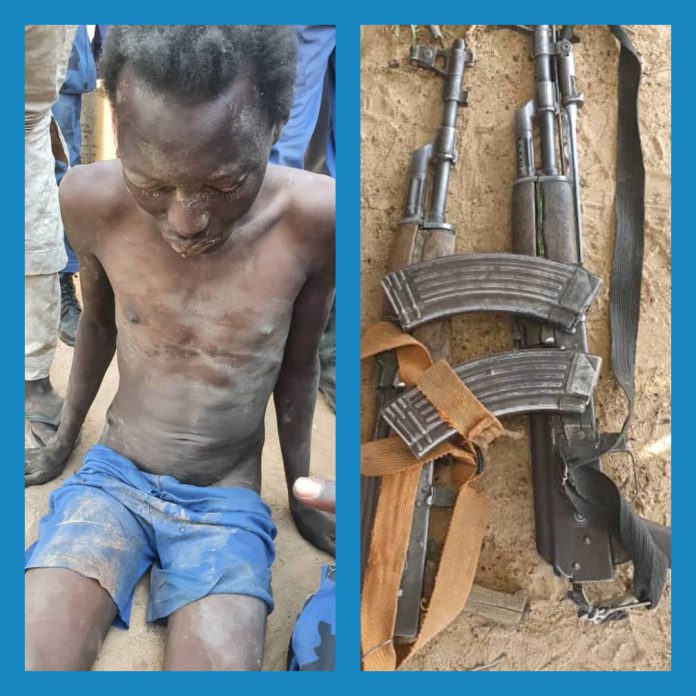 The Civilian Joint Task Force (CJTF), a Vigilante group supporting the military operations in the northeast, has arrested one terrorist and killed three terrorists who were looting farm produce along Maiduguri-Damaturu Road.

A security news platform PRNigeria gathered that the terrorists had attacked some farmers and looted agricultural produce when they were intercepted.

A source told PRNigeria that the attack on farmers occurred on Thursday at about 3.30 pm when two brothers were harvesting their farm produce near Daiwa on the way to Damboa.

The source said: “The terrorists shot the farmers, killing two while injuring one person.

“However, a team led by one Saminu Audu, Commander of Intelligence of the CJTF, intercepted some of the terrorists at Lamboa, between Minok- Janaka along the Damaturu – Maiduguri road.

“After a fierce confrontation, three of the terrorists were killed while one was captured alive.

“The terrorists are remnants of Boko Haram terrorists of the Abubakar Shekau faction that refused to pay allegiance to ISWAP. They depend on robbery and kidnapping of commuters for survival.”

Naira redesign: CBN has received N165bn worth of old notes

2023: I Believe In Your Strategy Document, Atiku Tells CAN