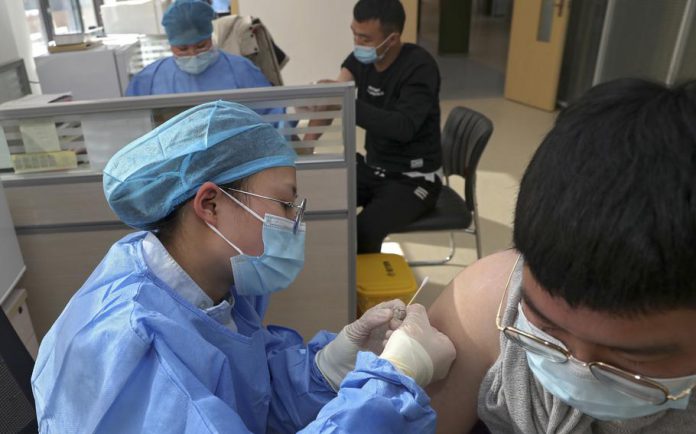 Chinese President, Xi Jinping pledged to supply another 1 billion doses of vaccines to African countries, as the continent struggles to curb the new and potentially more transmissible COVID-19 variant.

Xi, who spoke via video at the eighth triennial Forum on China-Africa Cooperation in the Senegalese city of Diamniadio on Monday said 600 million doses will be donated while the rest will be jointly produced by Chinese enterprises and African countries.

According to the Beijing-based Bridge Consulting, China has already sold 136 million vaccine doses to Africa and pledged 19 million. It also stated on Monday that Beijing has delivered 107 million of those doses, and another 11.6 million through the Covax initiative.

“Xi Jinping’s keynote speech focused on the most immediate concern for the continent, namely the shortage of vaccines to combat the pandemic, especially in light of the new variant,” Lina Benabdallah, assistant professor of Politics and International Affairs at Wake Forest University, said.

Senegalese President Macky Sall said China’s relationship with Africa had been “tested by challenges brought by the COVID-19 pandemic.”

“I urge China to continue to support the continent by reallocating its SDR from the IMF,” he said in his opening address to the gathering, which preceded Xi’s speech.

Beijing has emerged in the past decade as the world’s largest non-commercial international creditor, with its state-owned policy banks lending more to developing countries than the IMF and World Bank. That lending has been subject to international scrutiny, which has intensified as the pandemic caused dozens of countries to suspend debt repayments.

The Chinese Foreign Minister Wang Yi attended in person, while, Xi continued his recent tradition of appearing virtually. The omicron variant was identified in Botswana and South Africa days before the event began, causing countries around the world to ban travelers from several African nations.