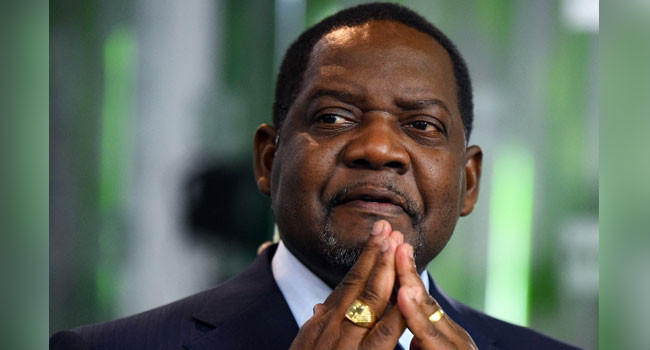 Prime Minister of the Central African Republic, Firmin Ngrebada, announced that his government has tendered its resignation on Thursday, June 10.

This development came amid a turbulent week in Bangui after the French military announced it was suspending military operations with Central African Republic.

“I have just handed over to His Excellency the President of the Republic His Excellency Pr Faustin Archange Touadera my resignation and that of the government.”

Presidential spokesman, Albert Yaloke Mokpeme, however, told AFP that he may be asked to stay and form a new government.

“We will know within a few hours if the president keeps the prime minister on.”

According to report, “A former chief of staff to Touadera, Ngrebada had been in post since early 2019. Critics had been calling for Ngrebada’s ouster since March, when President Faustin Touadera was sworn in for another five-year term. Some raised concern about the prime minister’s apparent ties to Russia, whose influence in the former French colony is growing.”

It was gathered that the Prime Minister had been appointed to the job as part of a 2019 peace deal in Khartoum.

Caution!!! Do Not Take Apple, Blackcurrant From Australia, NAFDAC Tells...