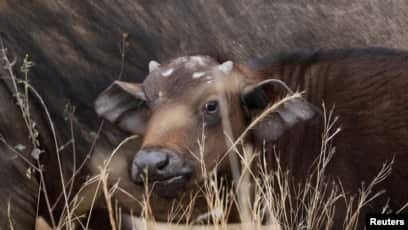 At least 11 people, including eight police and a local chief, have been reportedly killed in drought-stricken northern Kenya by cattle rustlers.

Meanwhile, the theft of livestock or quarrels over grazing and water sources are common between cattle herding communities in northern Kenya.

Police said on Twitter that a “criminal and cowardly ambush” by cattle rustlers had taken place in Turkana county on Saturday.

According to the police, eight of the dead were police officers, two were civilians and one a local chief.

The police who were killed had been pursuing members of the Pokot ethnic group who had attacked a village and fled with cattle.

It should be recalled that in November 2012, more than 40 policemen were killed in an ambush as they pursued cattle thieves in Baragoi, a remote district in Kenya’s arid north.

And in August 2019, at least 12 people, including three children, were killed in two attacks in northern Kenya by cattle rustlers suspected to be from the Borana ethnic group.