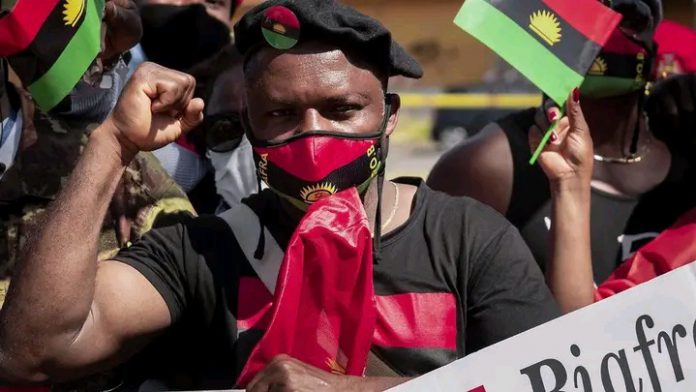 The people of Southeast region have been told to shelve the idea of secession and embrace peace , describing such idea as retrogressive.

A group Ndigbo Royal Heritage NIROH, led by Dr Paul Okoye, said those behind such plans should be counselled to toe the path of peace.

The President General of the group World-wide spoke with reporters in Awka on the successful hosting of Igbo unification project last December at the Dr Alex Ekwueme square in Awka.

According to him: “On the agitation for secession, the discussion of secession alone is retrogressive considering that 75 per cent of developments in Abuja belongs to Igbos as well as 65 per cent of Lagos.

“We have about 40 to 50 per cent of the infrastructural developments in cities like Kano, Kaduna, Katsina and others.

“On this premise Igbos must jettison any form of divisive or separatist agenda and embrace Nigeria with renewed vigour and enthusiasm.”

The group noted that it’s opinion remained that government was playing politics with the insecurity ,adding that nothing serious was being done to curb the menace.

He said Ndigbo were major stakeholders in the Nigerian grand design and played a pivotal role in the establishment of the Nigeria, stating it could not afford to lose out or become backbenchers in the leadership of the nation.

“The unity Day was designed to encourage Igbos to take a proactive move anywhere they find themselves and stop playing the second fiddle.

“The politics of lamentation and blame game is destructive and will never take us anywhere. We have invested so much in Nigeria to abandon the Nigerian project,” Okoye said.

Ruto says he won the election fair and squre, tells off...

Effective Living Series: 6 practical ways to get out of debt