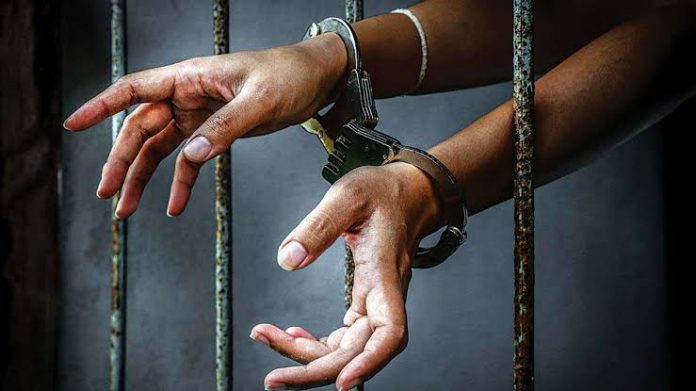 A 32-year Old man, Boniface Oburuku has been arrested by operatives of the Economic and Financial Crimes Commission for theft.

Oburuku reported stole a handbag belonging to a guest from the Republic of Mauritius which contained the victim’s two Samsung phones, passport, United States dollars as well as Nigerian and Mauritian currencies.

As stated in a report by PUNCH, “Oburuku allegedly committed the offence on June 11, 2019, at an event organised by the EFCC to mark the Democracy Day and the Anti-Corruption Summit at the Transcorp Hilton Hotel, Abuja.

The EFCC spokesman, Dele Oyewale, explained in a statement on Wednesday that the suspect had been on the commission’s watch list for over a year, adding that he was arrested in Lagos a few days ago.

Narrating how the suspect was tracked down, Oyewale said the Counter-Terrorism and General Investigations Unit’s intelligence indicated that Oburuku was always on the move all over the country.

He was tracked to the Jabi, Gwagwalada and Mpape areas of Abuja before he was eventually arrested in Lagos.”

The statement read in part, “Investigations also revealed that to breach security at the event, Oburuku dressed smartly in a black suit and claimed to be of the Department of State Services and was granted access to the venue by security agents on duty without presentation of an invite.

“While confessing to the crime, Oburuku apologised to President Buhari, the EFCC and his Mauritian victim. He called on others, who are into fraudulent and criminal activities, to turn a new leaf. He will soon be charged.”