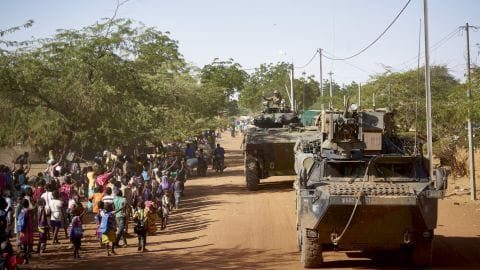 The military government of Burkina Faso has demanded the departure of French troops from the country.

According to the government press agency, Agence d’Information du Burkina (AIB), France has exactly one month to remove its troops from Burkina Faso, following the terms of the 2018 agreement.

The military government “denounced last Wednesday, the agreement which has governed since 2018, the presence of the French Armed Forces on its territory,” AIB reported.

It was gathered that France still has 400 special forces based in Burkina Faso to help fight Islamist militants linked to al Qaeda and the Islamic State after years of violence in the region.

On Friday, residents in the capital Ouagadougou took to the streets to protest the presence of French troops in the country.

Video from the protest showed protesters carrying signs with the slogans “French army get out our house” and “Friendship Burkina Russia.”