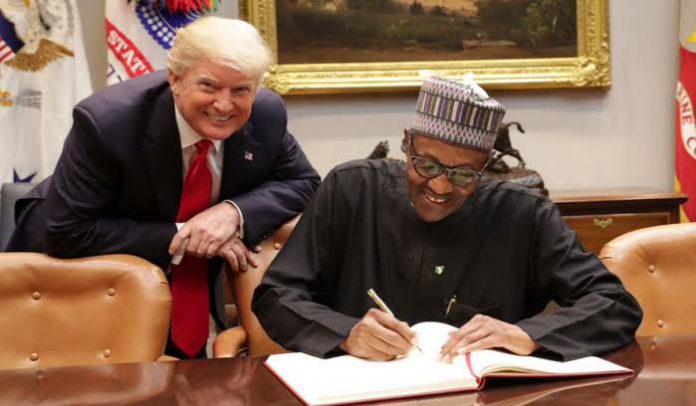 President Muhammadu Buhari revealed what transpired between him and President Donald Trump over the American leader’s allegation that the Nigerian government was supervising the killing of Christians under his administration.

President Buhari said he, during the visit in 2018, defended himself by telling the American President that the problem between cattle herders and farmers was a cultural thing rather than ethnicity or religion.

Recollect that Buhari had met with Trump in Washington on April 30, 2018, to discuss diverse issues, including the fight against terrorism and economic growth.

As reported by Guardian, President Buhari thought back to what transpired during their closed-door meeting where both he and Trump met when he honoured the invitation to the White House only for the American President to pointedly accuse him of orchestrating the killing of Christians in Nigeria.

President Buhari who was making his closing remark at the end of the two-day ministerial performance review retreat at the presidential villa, Abuja, said he explained the problem, which he said, was older than him, was caused by successive leaderships failure in the country.

The President, who, however, applauded the first republic leadership for being the best the country had ever had, accused subsequent administrations of encroaching on cattle routes.

Approach elections like you did with BBNaija – Reno Omokri urges...