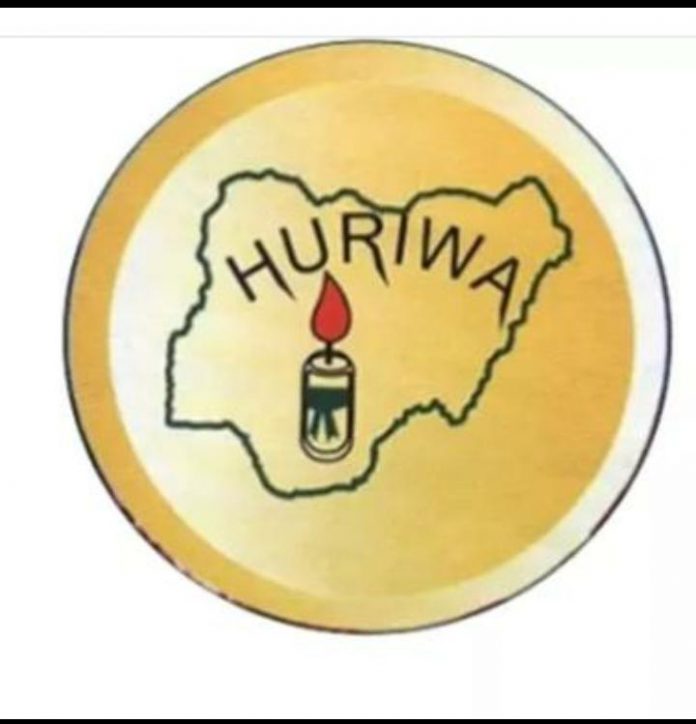 A civil rights advocacy group, Human Rights Writers Association of Nigeria (HURIWA) has condemned the ever-pervasive and persistent climate of apprehension, anxiety, and uncertainty on the pump price of Premium Motor Spirit (PMS) which it believes is a trigger for massive scale of poverty, economic downturn and oppression of the downtrodden.

The Rights group stated that it was inconceivable that the petroleum sector that the President himself supervises as the senior minister can not provide clarity and certainty regarding the stability and affordability of petrol which remains critical to the economic survival of the masses and Corporate entities.

The Rights group said it is regrettable too that at a time most countries are introducing innovative replacements for petrol and diesel to protect the environment and biodiversity, Nigeria still operates with the mindset of the 18th century because of the gross incompetence of the political class that has hijacked Nigeria.

HURIWA expressed disappointment that two agencies under the Federal Ministry of Petroleum Resources which are headed by President Buhari namely:- the Nigerian National Petroleum Corporation (NNPC) and the Petroleum Pricing Regulatory Agency (PPPRA) are at each other’s throats over the exact pump price of petrol just as major dealers of the product have now become like shylock and lawless entrepreneurs who decide when to sell or when to hoard the product just so they can maximise profits at the detriment of the over 100 million absolutely poor Nigerians.

HURIWA recalled that the Nigerian National Petroleum Corporation had just insisted that petrol depot price will remain unchanged in March. It also recalled that this is coming as a reaction to the PPPRA fixing the pump price of, PMS, also known as petrol, at N212.61 per litre, for the month of March on Thursday.

But in a media statement issued by HURIWA and signed by Comrade Emmanuel Onwubiko and the National Media Affairs Director, Miss Zainab Yusuf, the Rights group said the uncertainty in the price of petroleum products and the incessant hike in the pump price means that the central government lacks the quality body of economic policy framers/Advisers.

The Rights group stated that the crisis characterizing the distribution and pricing of petrol means that those in charge of the sector are incompetent, selfish, petty, greedy, corrupt, and are bent on destabilizing the already fragile economy of the world’s largest black nation.

HURIWA warned that “the massive scale of poverty, unemployment, and hunger afflicting over 100 million Nigerians who are too poor to feed on three meals per day could culminate in a mass action whose end may be catastrophic.

“It appealed to the government to be considerate, sensitive, responsible and rational in decision making and implementation because the constant increment in the costs of goods and services without the commensurate improvements in the purchasing power of the national currency vis-a-vis the international currencies in a massively non-productive nation like Nigeria would mean only one thing- absolute misery for the already impoverished population.

Besides, the Rights group said the perpetual uncertainty and hoarding of petrol by the marketers in collusion with government officials is directly at variance with the provisions of the Constitution of the Federal Republic of Nigeria with specific reference to section 16 which provides thus: ” The State shall, within the context of the ideals and objectives for which provisions are made in this Constitution –a) Harness the resources of the nation and promote national prosperity and an efficient, dynamic, and self-reliant economy every citizen based on social justice and equality of status and opportunity.”

HURIWA, therefore, asked Nigerians to be vigilant and to always take mass action to pass a message of rejection of oppressive and suppressive tendencies amongst officials of government since according to it, it is only active citizens that can serve as safeguards against tyranny, oppression, and the total economic annihilation of the masses which the incoherent and inconsistent pricing policy in the critical sectors of the economy represents.