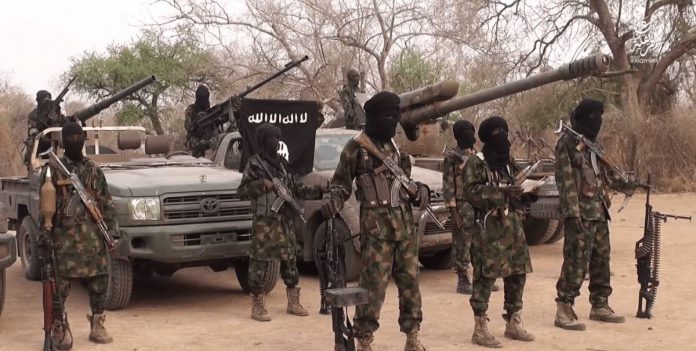 Not less than 24 persons have been killed in an attack carried out by suspected Boko Haram members in Dabna, a farming community in Adamawa state.

It was gathered that the heavily armed insurgents stormed the community in the early hours of Wednesday, July 7, shooting sporadically and setting houses and shops ablaze.

A survivor told Daily Trust that apart from those killed, many persons sustained injuries in the attack.

He added that he managed to escape to the bush but that some of his family members and neighbours were trapped in the village.

Another survivor revealed that apart from those killed in the village, he saw three corpses lying in the bush around Kwapre, a neighbouring village.

Residents of neighbouring village, Garka are currently living in fear following the attack.

One of the residents said that half of the people living there have fled to neighboring villages. The villager also confirmed that there are concerns that the attackers could head to Garka.

Fishermen threaten to embark on demo over premix fuel shortage

Insecurity: Every nation will go through these curves and difficult time...