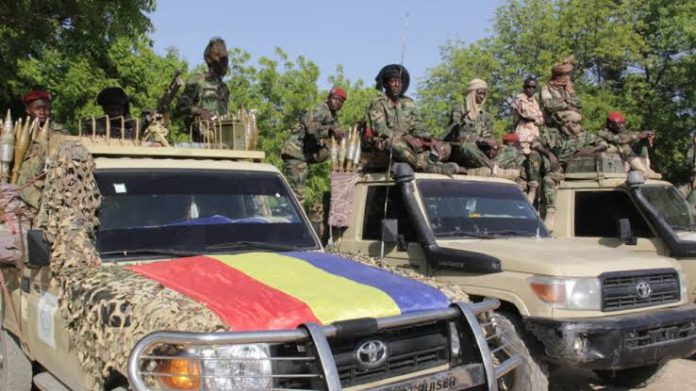 Boko Haram terrorist group has introduced the use of child soldiers to resuscitate the declining influence in the Lake Chad Basin, the Multinational Joint Task Force has disclosed.

In a statement issued from N’Djamena-Chad by the Chief of Military Public Information for MNJTF, Col. Timothy Antigha yesterday, he explained that the recruitment of child soldiers by the sect was part of their new strategies following the recent mass surrender by their fighters to the military.

He said information on this disturbing development was brought in by intelligence sources and corroborated by concerned individuals and groups a couple of days ago.

He added that the Boko-Haram terrorists further confirmed the development when they posted pictures of children dressed in military fatigue and holding assault rifles in a video released during the Sallah celebrations.

“Earlier, Boko Haram has engaged in the mass abduction of schoolgirls, sexual enslavement of women, and mass murder of innocent civilians.

“This recent employment of child soldiers is as a result of frustration caused by several operational losses, leadership crises, as well as disillusionment among fighters and their subsequent surrender in hundreds to the MNJTF.

“The focus on children is because they are easier to manipulate and indoctrinate than the adults within the region who can now see through the veil of deceit.

“Arising from this latest atrocity by Boko Haram, the MNJTF urges parents, local authorities, religious and traditional institutions to be vigilant and promptly alert security agencies of any overt or covert attempts to recruit their children and wards,” he said.

First Minister of Aviation in Nigeria, Mbazulike Amechi is Dead