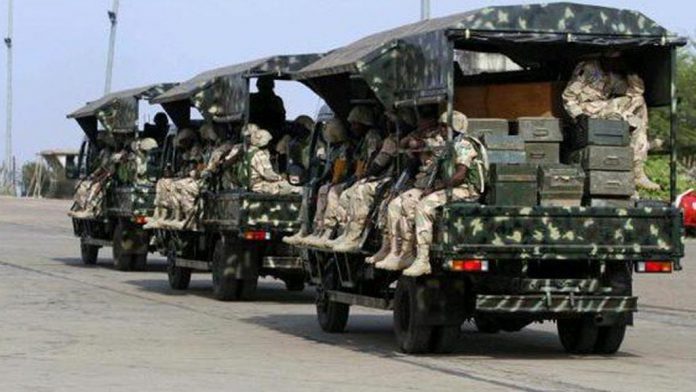 Boko Haram insurgents attacked a Nigerian Army convoy in Borno on Thursday, killing at least 12 soldiers before carting away cash and weapons.

The identities of the soldiers are yet to be disclosed.

According to The Gazette, several soldiers were wounded and received first aid near the scene of the attack.

The insurgents also reportedly made away with three gun trucks and rifles seized from the soldiers, as well as millions of naira in cash.

Meanwhile, the attack came as the military intensified its push to integrate insurgents back into the society, saying the Boko Haram members turned themselves in after accepting the state’s victory in the decade-long war.

Tshwane buses back on the road after diesel finally delivered