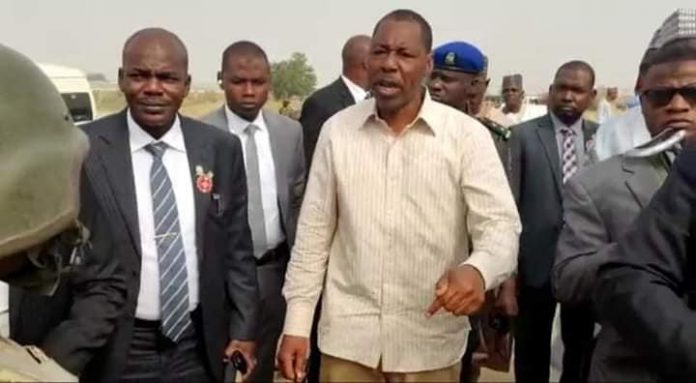 A terrorist sect in Nigeria, Boko haram has yet again attacked the Convoy of Borno State governor, Babagana Zulum, this time killing 7 soldiers and two civilian JTF officers on Saturday.

Sahara Reporters disclosed that Zulum and his entourage were attacked along Gajiram to Monguno Road. The convoy was said to be on its way to Baga in Kukawa Local Government Area as security detail to Zulum, who is spending two days with other government officials in the town to distribute relief items to newly settled IDPs.

“We were attacked by the gunmen who came with about six trucks and seven motorcycles. We engaged them but they have already destabilized.”

“We had no option than to abort the trip and returned back to Maiduguri with corpses of the deceased. About seven people died immediately but two of my colleagues (soldiers) died from gunshot injuries when we got back to Maiduguri,” a source revealed.

In all, nine security men were killed in the attack.

Qatar 2022: Giants Falter And Three Things We Learned From Group...

How Lack Of ‘No Bed Space’ In Luth, LASUTH, Others Kill...

Presidential Candidate, Atiku vows to bring Nigeria out of darkness