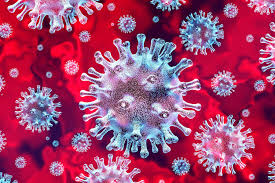 ​Amid the Covid-19 pandemic, an angry 47-year-old man, Douglas Marks intentionally shoots mother and son earlier this week for not observing ‘social distancing’.
​
In line with media report, the man from Miami confronted the woman and her son in the lobby of the Crystal Beach Suites in Miami Beach on Monday evening. Though no one was wounded in the shooting,​ Marks has been arrested by Miami Beach police.

Mark claims to have warned Veronica Pena and her son who were visiting Miami Beach from New Mexico: ‘You aren’t social distancing.”

He further asked them to leave the hotel before bringing out a black firearm which he shot ‘several‘ times in the lobby.

A witness who spoke with newsmen noted that ‘He tried to shoot the girl and the kid.’