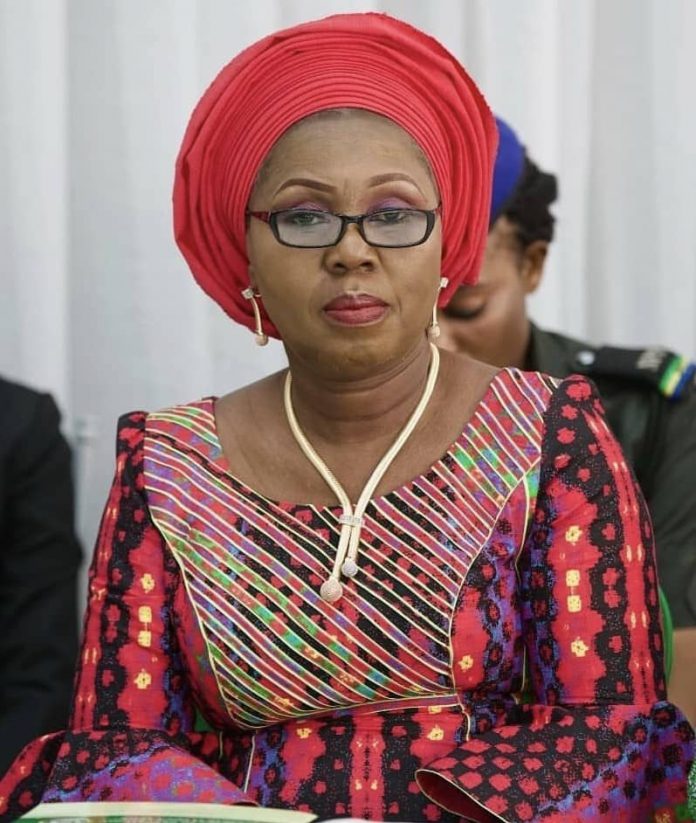 As Nigeria joins the rest of the global community to celebrate the 2022 International Day of the Girl Child, the Wife of Ondo State Governor, Chief Betty Anyanwu-Akeredolu has reiterated her dedication to building strong female leaders of the future.

The International Day of the Girl Child is an international observance day declared by the United Nations that seeks to empower girls and highlight the needs and challenges that girls face throughout the globe.

The 2022 observance also doubles as the 10th anniversary of the annual celebration.

Anyanwu-Akeredolu who is the founder of the Bemore Empowered Girls Foundation, Nigeria’s largest girls-only Information and Communications Technology (ICT) and solar boot camp, has said that she will never relent on her passion for building girls in areas of leadership and technology who shall in turn, support Nigeria and help the nation overcome various obstacles.

Noting that the future is female, the First Lady threw more light on how the Bemore Empowered Girls Foundation has been putting in the work to make her commitment a reality

“On the 3rd of September, 388 young girls graduated from the 2022 Bemore Summer Bootcamp, making a total of over 2000 girls who had gone through rigorous two weeks of training expanding their skills and capacity.

“They were trained in ICT and solar technology to demystify science and technology and put a lie to the age-long prejudice about these fields being the exclusive preserve of men.

“They have been armed with life-enhancing skills so that they can have financial security and defeat poverty. We have taught them that leadership is gender-neutral.”

On the theme of the International Day of the Girl Child which is “Our time is now—our rights, our future” the First Lady stressed that leadership is gender-neutral and gave examples of women including herself who overcame various challenges in their quest to shatter the proverbial “glass ceiling”.

She said: “Whatever your male counterpart can do, you can likewise do, and even do better. It is indeed our time!

“My story, as a village girl from the remote Emeabiam, Owerri West, Imo State, who faced and scaled many hurdles to become a towering First Lady should remind you that female education is not a waste.

“Kamala Harris’ story as the 49th United States Vice-President should remind you that girls can be more.

“Ellen Johnson Sirleaf, the 24th President of Liberia and the First elected female Head of State in Africa, has demonstrated to you that a woman can lead a country and that leadership is about capacity and not about gender.

“Our own Professor Adenike Oladiji, of the Federal University of Technology, Akure (FUTA), has proven to you that a woman can reach the zenith of her academic career and also become the head of a university.

“Team Nigeria, at the 22nd edition of the Commonwealth Games, which was concluded on August 8 in Birmingham, United Kingdom won the most medals. The Nigerian team won 12 gold, nine silver, and 14 bronze medals. Women won all 12 gold medals and currently, in Iran, teenage girls are leading the protests for women’s rights.”

In a statement signed by Oluwatobi Fademi,
Senior Special Assistant, Media (WoG) noted that Anyanwu-Akeredolu encouraged young girls in Ondo State and beyond to aim higher.

“Gone are the days you would be made to play the second fiddle role because you are a girl. The world now belongs to both men and women and in fact, women are making new impressions as opposed to being the ‘weaker vessel’. Women are leading the global space as much as men are.

“You can achieve whatever your mind can conceive if you believe. Nothing is stopping you as a woman, you can become anything and can belong anywhere, including heads of Institutions and government,” she said.

The First Lady however emphasised the fact that girls around the world continue to confront tremendous hurdles to their education, physical and emotional welfare, and the protection needed for a life free of violence.

“Over the years there has been increased attention on issues that matter to girls amongst governments, policymakers and the general public, and more opportunities for girls to have their voices heard on the global stage.

“Yet, investments in girls’ rights remain limited and girls continue to confront a myriad of challenges to fulfilling their potential including child marriages, poor learning opportunities, violence, and discrimination.

“With adversity, however, comes resourcefulness, creativity, tenacity, and resilience as proved by my Bemore Foundation girls who have shown time and time again that given the skills and the opportunities, they can be the changemakers driving progress in their communities, building back stronger for all, including women, boys and men.”

Anyanwu-Akeredolu also called on stakeholders to respond to their tasks by nurturing spaces for gender inclusion in decision-making, supporting quality, inclusive education and prioritization of the well-being of young girls.