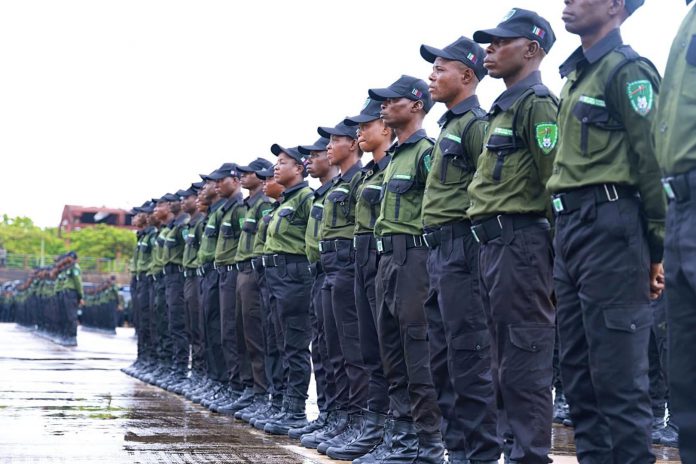 The personnel was said to have been killed during a gun duel between the suspected kidnappers and combined security operatives including the vigilantes while they were trying to rescue some kidnap victims.

It was gathered that the incident occurred along Otukpo-Onitsha road on Tuesday November 15, when the suspected kidnappers intercepted a Toyota Hiace bus and abducted some passengers.

Spokesperson of the State Police Command, Catherine Anene,  who confirmed the incident in a statement on Wednesday, November 16, 2022, said that the command received information at about 2330hrs that a Toyota Hiace Bus en-route Otukpa-Onitsha was attacked by suspected kidnappers who abducted some passengers in the vehicle.

“A joint patrol team made up of the Police, Military and vigilante operating within the area moved swiftly to the scene for a rescue operation,” she stated.

“After an intense gun duel, the kidnappers abandoned the vehicle and took to their heels. Three victims were rescued and the said bus was recovered. While chasing the kidnappers into a nearby forest suspected to be their hideout, they came across one Peter Ejembi a member of the Benue State Volunteer Guard who paid the supreme price with his life. His corpse has been recovered and deposited at Bethel Morgue, Otukpa.”

Peter Obi Will Be Good As Minister, Not President – Ned...