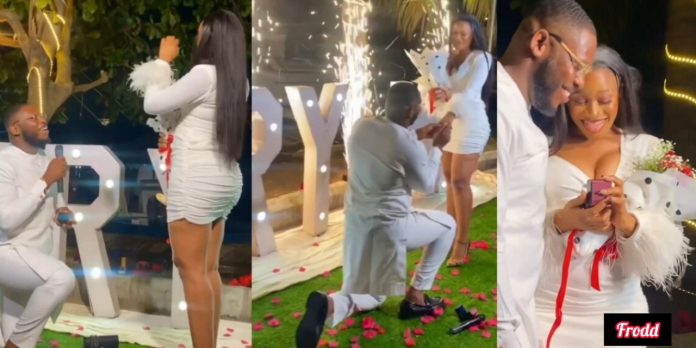 Big Brother Naija star, Chukwuemeka Okoye, popularly known as Frodd, has proposed to his girlfriend, Chioma, in an intimate ceremony and got a resounding “YES”

The reality TV star popped the question in front of family and friends, and she said yes.

In videos from the romantic proposal that surfaced online, Frodd, on bended knee with a ring in his hand, professed his love for Chioma before asking her to marry him.

An elated Chioma said yes and quickly thrust her finger forward to Frodd, who put the ring on her.

Interestingly, the lovebirds sealed the engagement with a warm embrace and romantic kiss.