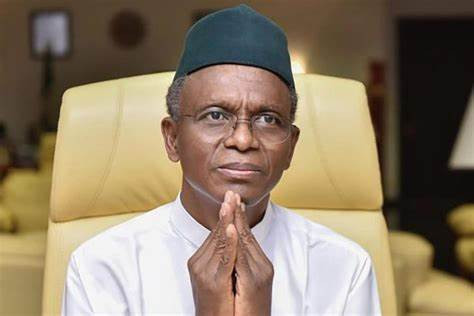 Governor Nasir El-Rufai has suggested that the forests should be carpet-bombed and trees should be replanted later all in a bid to fight against banditry in the country.

The Kaduna state Governor who spoke in an interview on Arise TV on Monday, January 3, blamed the prolonged inability of security operatives to curb banditry in the northwest region to a “lack of enough boots on the ground”.

He stated that investment in security personnel, technology and military equipment will see bandits wiped out “once and for all”.

“These bandits operate in the periphery because their hiding place is in the forest. It’s a major problem. The security agencies are doing their best but they are overstretched.

“Ramp up the number of boots and more technology and more investment in armament and wipe these guys once and for all.

“I’ve always believed that, you know, we should carpet-bomb the forests; we can replant the trees after. Let’s carpet-bomb the forests and bomb all of them. There will be collateral damage, but it’s better to wipe them out and get people back to our communities so that agriculture and rural economics can pick up.”

African Women Can Build a Better Future for All Africans with...