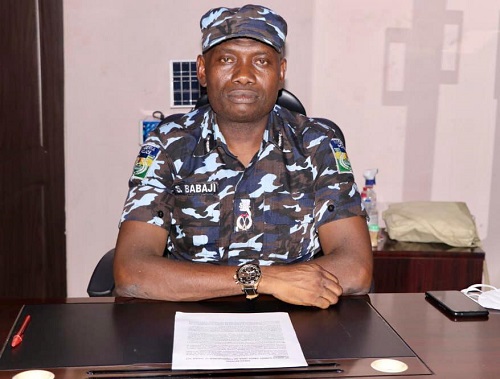 He took over from the Assistant Inspector-General of Police, AIG. Bala Ciroma, who was deployed to Zone 7, Headquarters after his promotion.

He obtained a Primary School Certificate, a General Certificate of Education and a Bachelor of Science Degree in Sociology from Ahmadu Bello University, Zaria.

He was enlisted into the Nigeria Police Force on 3rd March 1990 as an Assistant Superintendent of Police and has served in different capacities which include:

“The Commissioner of Police, CP Babaji Sunday pledges to consolidate on the legacies of his predecessor by strengthening the existing collaboration between the Command and key stakeholders.

“He assures the residents of the FCT of his unwavering commitment to the provision of adequate security of lives and properties within the FCT.”

HIV-positive woman calls into radio show and confesses to mixing her...