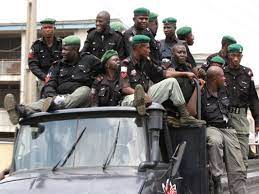 The key suspect, Chidinma Ojukwu in the murder of the Chief Executive Officer of Super TV, Usifo Ataga, has claimed that the police forced him to sign confessional statements.

Chidinma told a Lagos High Court sitting at the Tafawa Balewa Square, that the two statements she wrote to the police station were torn and she was forced to sign the ones written by the police officers.

In a trial within trial to determine the voluntariness of her statements defence told Justice Yetunde Adesanya, Chidinma testified that ASP Olusegun Bamidele wrote a statement, asked her to rehearse what he had written and made her narrate the same to the Commissioner of Police.

While answering questions from her lawyer, Mr Onwuka Egwu, Chidinma narrated to the court how the police officers came to her house in Yaba on June 23, 2021. She said she was in her room at their house at No 47 Akinwunmi Street Alagomeji Yaba when her 10-year-old sister came to inform her that there were men in the sitting room asking after her.

The witness said that she came out of the room into the sitting room and then greeted them, they then asked if she was Chidinma and she answered yes.

Native Doctor dupes Man of 7 Million Naira, claims he was...