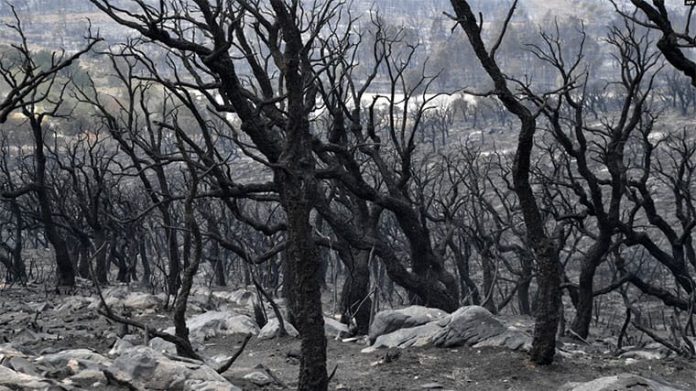 Uncontrollable fore burning across the forests in Algeria has reportedly claimed the lives of 37 people and injured at least 161 individuals.

Algeria’s civil protection authority made this known on Thursday, August 18, adding that the fire has covered at least 26 provinces and dozens of people are missing.

The Interior minister, Kamel Beldjoud while speaking with newsmen said that fires were raging unchecked in large swaths of the country and that authorities were still trying to collect data from local officials to determine the number of buildings and other structures that were damaged or destroyed.

According to Beldjoud, the ministry had received reports of 106 fires spreading in Skikda, Jigel, Setif, El Taref, Souq Aras and Tipaza.

Meanwhile, the leader of Algeria’s Red Crescent Society, Ibtissam Hamlawy, affirmed that her organization was well positioned to deal with such a crisis and was busy sending volunteers to help in areas affected by the fires, in addition to sending aid to those families worst hit by the tragedy.

She revealed that the Red Crescent began sending aid to those affected by the fires early Thursday, including 20 tons of medicine, mattresses and blankets, foodstuffs and water to the region of El Taref, in the east of the country.