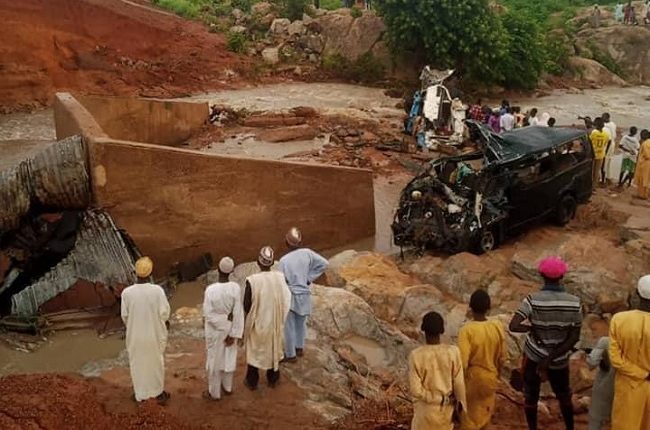 At least 21 new army recruits have been confirmed dead when two vehicles ran into a collapsed culvert at Rabadi village along Gwaram/Gombe road in Gwaram Local Government Area of Jigawa State.

The deceased who were said to be from Kano were heading to Adamawa at midnight on Saturday when the incident happened.

Eight among the deceased were youths who were returning from a military recruitment screening.

The incident was confirmed by the Jigawa police commissioner, CP Aliyu Tafida, via a statement which was made available by the command’s police public relations officer, ASP Lawal Shisu Adam in Dutse.

The statement disclosed, “An accident occurred at Rabadi village along Gwaram Basirka road. One Hummer bus conveying 18 passengers from Kano State to Adamawa State and a Canter lorry conveying three passengers destination not known yet, fell into broken culvert full of water.”

“Victims were taken to Basirka Hospital where the 21 passengers have been confirmed dead by medical doctors.”

The statement noted that only a 26-year-old man who hails from Mubi in Adamawa State identified as Simon Chinapi survived the accident.