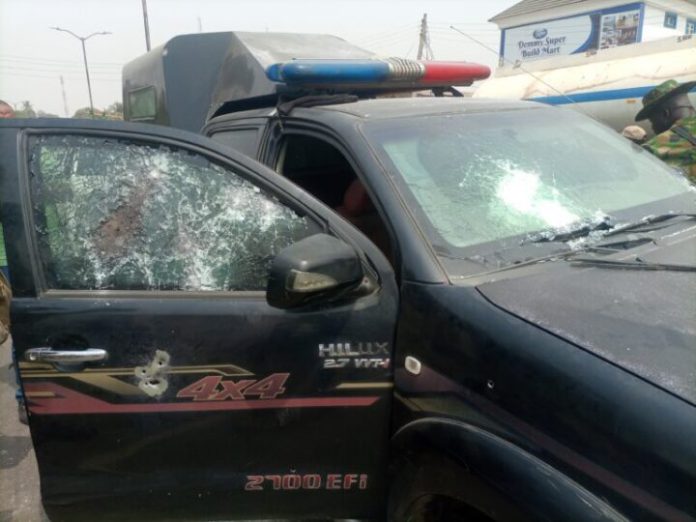 Two police officers are feared dead following an attack on a bullion van in the Idi-Ape area of Ibadan, Oyo state capital.

The aftermath of the robbery incident, which took place on Thursday, was filmed by several witnesses.

It was gathered that the armed robbers waylaid the van after which they released gunshots sporadically.

The incident forced several motorists to abandon their vehicles and run for safety.

The once-busy street was immediately vacated as the gunshots continued.

According to Video footages, policemen attached to the van and two other civilians were shot during the attack.

The bullion van was said to have set out from a new generation bank along Testing Ground in Iwo-Road.

The commissioner for police in the state, Ngozi Onadeko, confirmed the death of two police officers, saying they were shot in the neck.

Onadeko revealed that the officers killed one of the robbers but the corpse was taken away by the robbery gang.

She added that the state had been locked down to prevent the robbers from escaping.