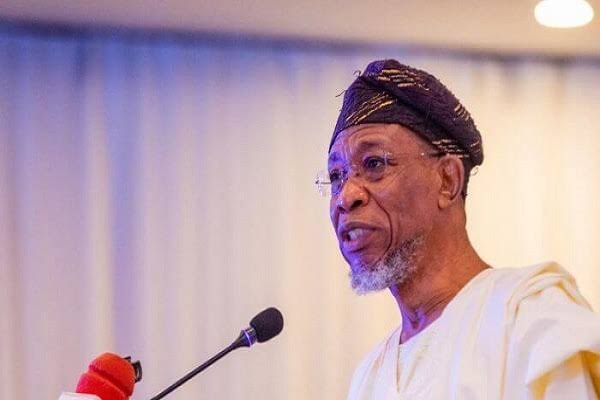 The Minister of Interior, Rauf Aregbesola, has stated that all security agencies in charge of the custodial centres across the country must be vigilant and alert to avoid any future breach.

Aregbesola said this on Tuesday, during his visit to the Kirikiri maximum and medium-security custodial centres in Kirikiri, Apapa, Lagos state.

In a statement by his media aide, Sola Fasure, he was quoted as saying:

“We must equally charge them to remain eternally vigilant and continuously evolve strategies. And to define these strategies, we have to make decisions based not on fear, but on hard-earned wisdom.

“I have also informed our officers and men here that they must fight to defend our institutions, territory and constitution.

“It also applies to all others wherever they are posted in Nigeria. The ragtag groups of opportunists must not be allowed to attack our institutions and get away. They must not live to tell the story.”

It was gathered that over 800 inmates, including 64 Boko Haram suspects, escaped last week when gunmen attacked the Medium Security Custodial Centre in Kuje.

Aregbesola affirmed that Nigeria will rise above every form of terrorism. He disclosed that over 61,000 terrorists are imprisoned in the North-East.

The Minister also urged the Nigerian Correctional Service (NCoS) to improve its efforts on intelligence gathering and acting on such information garnered, saying it is the panacea to solving the problem of incessant custodial centres attacks.

“I have now directed the Controller General of the NCoS to double his efforts on intelligence gathering to fortify and prevent breaches to the custodial centres beyond the use of arms and force.”

GhanaCares to bolster export capacity of the country – Finance Minister