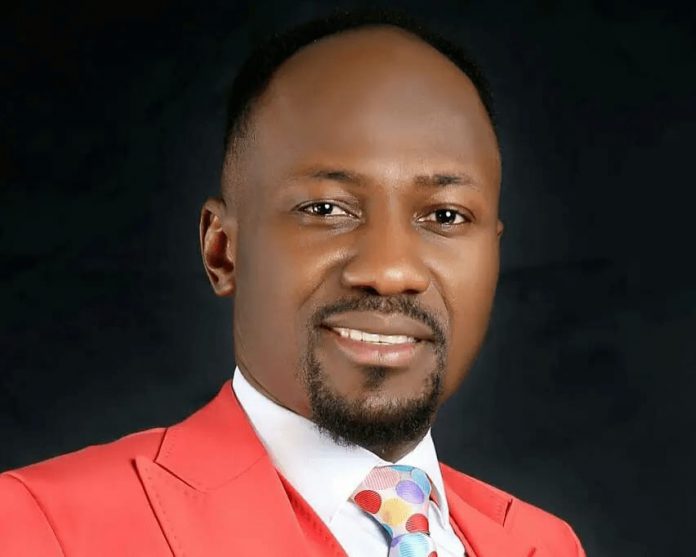 The Commissioner of police in Edo State, Abutu Yaro, has ordered the withdrawal of the Divisional Police Officer (DPO) of the Auchi Police Station, Ayodele Suleiman, over the death of one of the suspects who attacked the convoy of a popular Nigerian cleric, Apostle Johnson Suleman.

The police spokesperson in the state, Jennifer Iwegbu, disclosed this in a statement on Saturday.

It was reported that gunmen attacked Mr Suleman on Friday around Auchi area of Edo State, South-south Nigeria, while the cleric was heading to an unidentified location, hours after returning from a trip to Tanzania.

Mr Suleman in a video clip posted on his verified Twitter handle Friday night said seven people, including three police officers, were killed in the attack.

“As part of the measures of the command concerning the circumstances that led to the death of the surviving members of the monstrous gang that attacked the convoy of Apostle Johnson Suleman, the outgoing Commissioner of police AIG Abutu Yaro has ordered the withdrawal of the DPO of Auchi (Police Station),” the police spokesperson, Ms Iwegbu, said in the statement.

Ms Iwegbu, an assistant superintendent of police, said the DPO’s withdrawal was with immediate effect and that he would be interrogated at the police headquarters over the incident.

The withdrawal of the DPO comes hours after Mr Suleman accused the police of foul play, claiming the gunman was hurriedly killed in order to blur their identities and frustrate the investigation.

The police had claimed the attackers were kidnappers and that one of the gunmen was killed during a shoot-out with police operatives.

But the cleric insisted that they were not kidnappers, but assassins.

“Lie…They (gunmen) weren’t kidnappers… He was caught and handed over and the police killed him immediately…Why?” Mr Suleman said in another tweet in response to the claim by the police.

“Why killing him on the spot? Who is trying to cover up traces?”