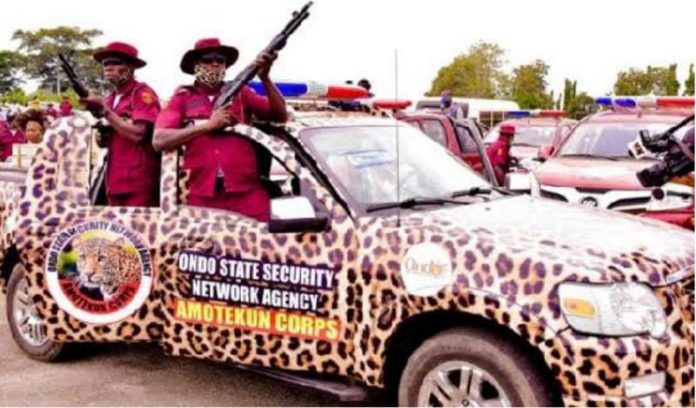 Commander of Amotekun Corps in Ondo State, Adetunji Adeleye disclosed that some members of the suspected terrorists gang who attacked Saint Francis Catholic Church Owo have been arrested.

He revealed that the vehicle they used to escape from the scene had been recovered and the path through which they escaped had been identified.

Adeleye, who made this known while parading suspected criminals at the Corps headquarters in Akure, said Amotekun would not rest until the attackers are brought to book.

The Corps paraded no fewer than 71 criminal suspects across the state.

Among them are 17 motorcycle thieves, 11 cultists and armed robbers, and three cattle rustlers.

The suspects, who were nabbed at various crime scenes in Owo, Idanre and Akure, the state capital, were arrested with locally-made weapons and other items used for their operations.