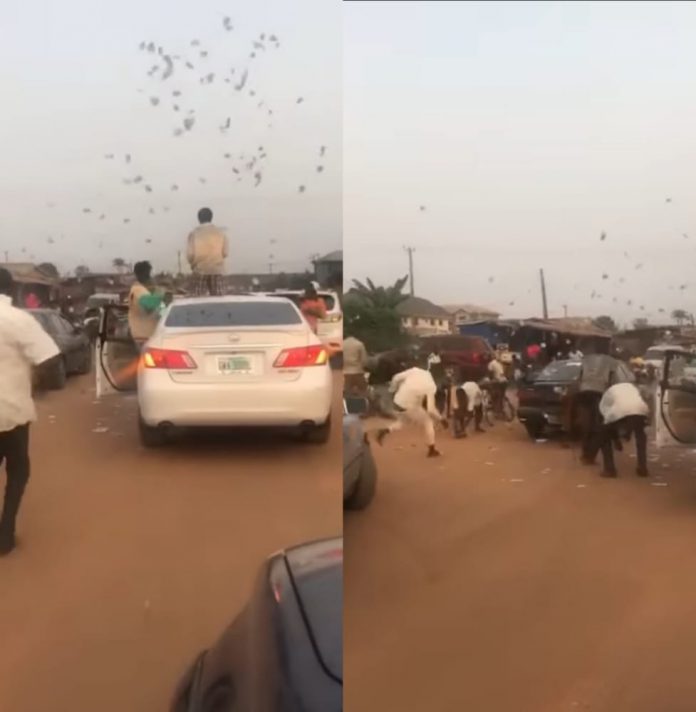 A footage which has gone viral depicted that some young men alleged to be “Yahoo boys” were throwing money in the air in Benin.

The men stopped their cars in the middle of the dusty road to throw money and locals gathered to pick as much as they could, causing traffic.

However, some refused to pick and they can be heard warning others that the men are “Yahoo boys” and they are doing that to “carry people’s destiny”.

Ramaphosa vows to intensify removal of red tape in economy