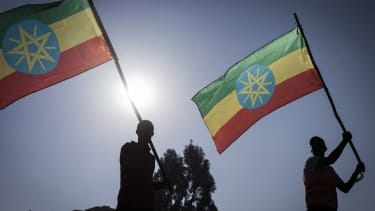 Over 50 people were killed and more than 70 people were injured following an airstrike on a school in Ethiopia.

The airstrike took place in the nation’s northern Tigray region, around 25 miles from the Ethiopian border with Eritrea on Tuesday.

It was gathered that the school was being used as a temporary shelter for people who had been displaced by an ongoing civil war between conflicting factions of the Ethiopian government.

An exact death toll was not confirmed, but the airstrike, which was directed at the town of Adi Daero, is reportedly one of the deadliest events of the ongoing, nearly two-year war. Larger-scale fighting has been plaguing Ethiopia since at least 2018. Total deaths from the conflict are estimated to be in the thousands, Reuters reported, with millions more having been displaced from their homes.

A letter from the Tigray public relations office estimated the number of airstrike deaths to be least 65.

Meanwhile, this is the second time in under a week the town of Adi Daero has come under siege; the last attack on September 30 killed at least five civilians and injured 16 more.