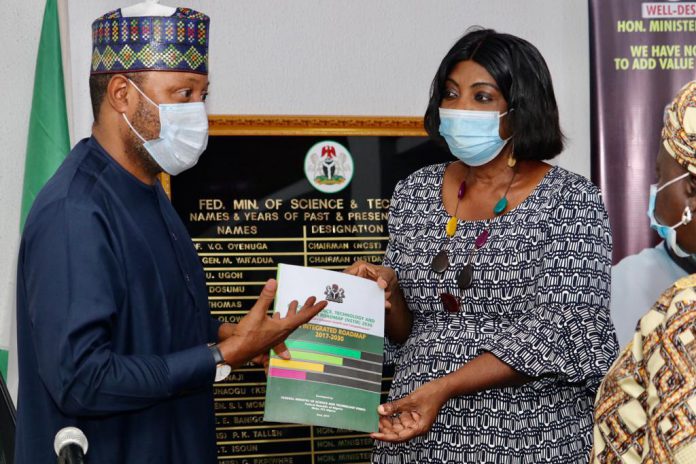 Abdullahi said this when the international delegation of the African Union Development Agency- New Partnership for Africa’s Development (AUDA-NEPAD) paid him a working visit in his office on Thursday in Abuja.

AUDA-NEPAD is an agency comprising of International experts focused on the infrastructural and socio-economic development of African Union member states.

Abdullahi also stated that there is a plan for focused research on biotechnology, which would be in sync with robotics, STI and the biotech revolution in the world.

The Minister also mentioned that Africans should focus more on funding STI, adding that Venture-Capitalism is the right way out, adding that NEPAD should help Africa improve on our collaboration efforts particularly in association with research-based agencies.

He further said that the Ministry is encouraging young scientists, especially the girl child to participate in STEM, through one of its flagship programs The Young Nigerian Scientists Presidential Awards (YONSPA).

According to him, some notable innovations from female scientists include SMART BRA DEVICE by Bolarinwa Kemisola and many notable mentions.

Earlier, the acting project coordinator Mrs Justina Dugbazah, said that the purpose of their visit is to collaborate further on areas the Ministry needed their expertise.

“I and my son’s life is in danger” – Popular Businesswoman,...

Zuma’s case not doomed, and he could still attack further aspects...

Persons who suffer side effects from COVID-19 vaccine should be compensated,...