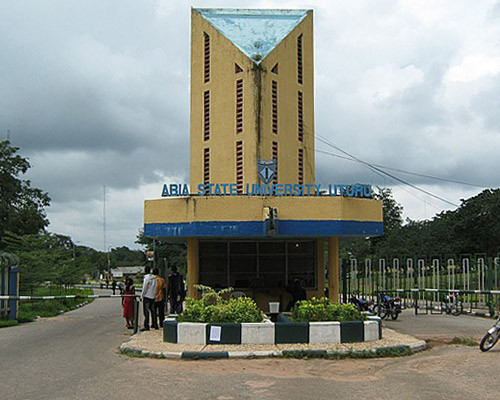 The management of Abia State University, Uturu, has reportedly sacked a senior lecturer and former Acting Head of the Department of Mass Communication, Michael Ukaegbu following his alleged involvement in a sex-for-grades scandal.

Ukaegbu’s sack was announced via a communique issued after the 148th regular and resumed meetings of the Governing Council of the university held on Thursday, the 16th and the 20th of December 2021, under the chairmanship of the Pro-Chancellor, Adolphus Wabara.

The university Registrar, Acho Elendu also disclosed that the Council also ratified the dismissal of another, Mr Leonard Chukwuma for alleged admission fraud and racketeering.

John Legend’s “All of me” joins the Collection of Most Certified...

Pregnancy doesn’t keep a marriage, it threatens it – Businessman, Wale...