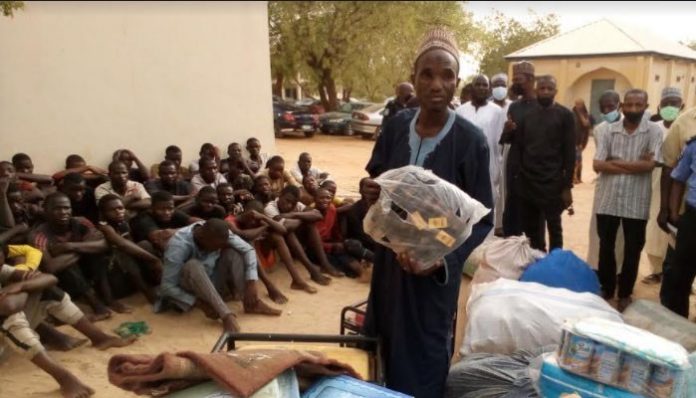 Police have arrested a 43-year-old Islamic teacher who allegedly looted women’s shoes during a fire at a market in the northern state of Katsina, local media report.

Muhammadu Abba is said to have been reported to the police by his wife when he brought the stolen goods home and stuffed them in the bedroom.

“This man, Muhammadu Abba is an Islamic teacher. He teaches pupils in the local Islamiyah school. Yet, that did not stop him from looting items during the fire incident at the central market,” The Punch newspaper quotes Kastina police commander, Gambo Isah.

“His wife reported him to the police that he was keeping some looted items under their bed and we arrested him.”

Mr Abba is among 34, mainly teenagers, who were arrested for allegedly looting items such as bales of clothes, household items and generators during the fire.

The suspect is said to have told the police that he picked the shoes on the road in the market, and thought it was some lost property, News Agency of Nigeria reported.

Electricity Workers call off strike after hours if Blackout