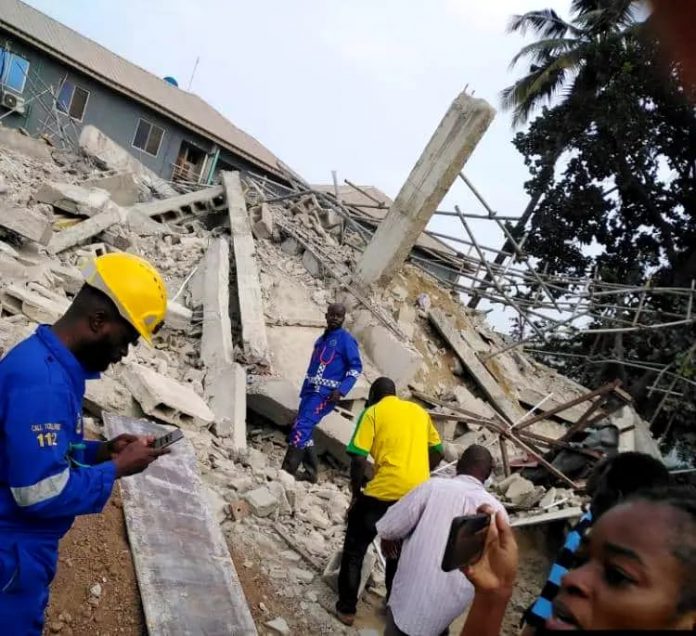 Two persons have been confirmed dead, while four construction workers are still trapped under the debris of the building.

It was gathered that the yet-to-be-rescued workers are trapped on the 3rd floor where the two bodies were recovered.

Meanwhile, the building has been sealed since February 18, 2021, by officials of Lagos State Building Control Agency, LASBCA but the developer continued to work.

The spokesperson, Lagos State Police Command, SP Benjamin Hundeyin, who confirmed the incident said at about 3:30 am on September 4, 2022, the command received a distress call that a seven-storey building under construction at Oba Abiodun Oniru Street, Oniru Estate Lekki, collapsed and trapped workers therein.

“Based on the report, combined teams of policemen, LASEMA, NEMA, and other emergency management agencies were quickly mobilised to the scene for rescue operation. So far, two of the victims were brought out dead and the corpses were deposited at a public morgue for autopsy. Search and rescue operation is being intensified,” Hundeyin said.