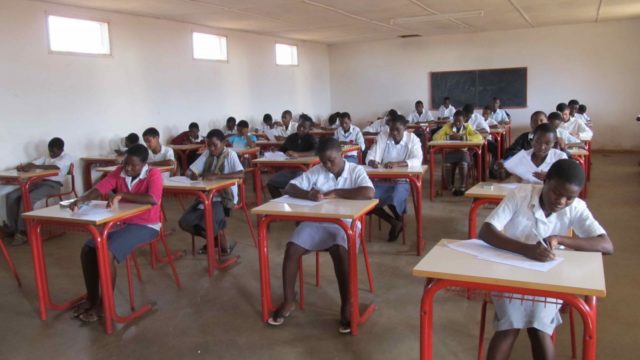 A 65-year-old man, Joseph Ugbene, reportedly returned to secondary school to avoid being taunted by his children.

The man who completed his junior secondary and took juniour WAEC, said he decided to go back to school because his children laughed at him that he did not know how to speak good English. He also said he went back to school to learn the modern way of attending to his poultry farm.

Ugbene who dropped out of school after the Nigeria Biafra Civil War that ended in 1970, disclosed this during the graduation ceremony of the Adult Education Programme, Egede.

Happy with the opportunity of acquiring education again, Ugbene appreciated the Proprietor and Executive Director, Better Life for Rural Dwellers, Mrs Bibian Agada, pointing out that save for the introduction of Adult Education in his community, his dream to acquire basic education which was shattered by the war would have been a mirage.

He also said that poultry farm he is running made it imperative for him to go back to school despite his age, adding “I have poultry farm business I am doing at present and I needed that education to be able to run it effectively.”

He said that: “I was in class one in secondary school when the civil war broke and after the war things changed, I had no means of going back to school because my father died.”

The proprietor, Mrs Agada disclosed that the adult education was set up in 2018 in response to the high illiteracy level she observed among the youths in Egede, adding, “I wanted those who dropped out of school to complete their education free of charge.”

Over 50 abducted kids rescued from Church basement in Ondo State