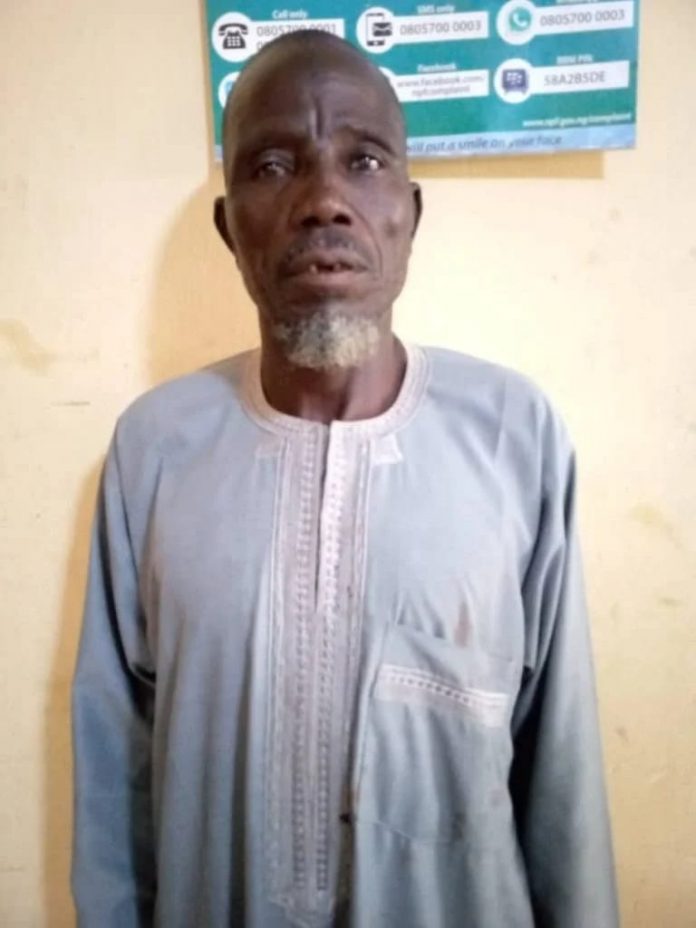 Ahmed Wakil, the state Public Relations Officer made this known in a statement issued on Tuesday, September 22.

“The complainant disclosed they discovered the victim sustain virginal injury and was bleeding. Muhammed Dahiru, in connivance with area court, Nahuta, served the victim’s father court summon for a case of defamation of character on Saturday 19th September, 2020 at about 5pm.”

He explained that upon receipt of the complaint, a team of detectives was drafted to the scene and the victim was taken to the General Hospital, Toro, for medical care.

He said declared that the suspect has been arrested and investigation was ongoing after which suspect would be charged to court for persecution.